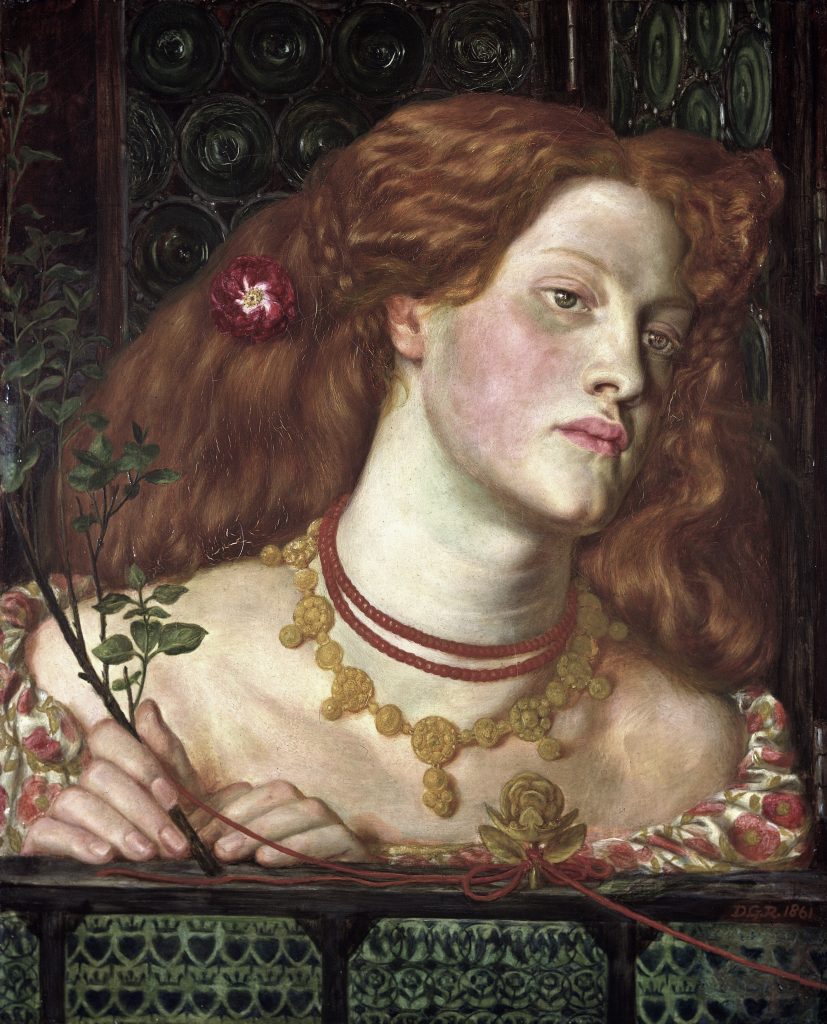 ‘Fair Rosamund’ was the beloved mistress of the greatest King of his time, Henry II (Henry Plantagenet) of England. Much of the so called facts about her though simply aren’t true. Her story is surrounded by myth. Songs, novels, artwork – Rosamund the legend glosses over actual history. Love, mazes, murder and roses – Rosamund blooms in the eternal season of myth and legend.

Rosamund Clifford was Henry II’s favourite. Lacking ambition and influence, this beauty conquered the heart of the monarch. Eleanor of Aquitaine, the quarrelling spouse, was certainly not fond of this particular mistress and perhaps even had a hand in her demise. Her death in 1176 caused the King great anguish. We know that after her death Rosamund was taken to Godstow Abbey and buried in front of the high altar, where she was honoured for some time by locals bearing flowers and candles. Perhaps the King himself requested roses to be left there on the anniversary of her death. Outraged by the inappropriateness of a mistress being laid to rest in the Church, the Bishop of Lincoln had the nuns remove both the tomb and its infamous epitaph. The tomb has since disappeared. Legend has it that Rosamund was laid to rest at a place with a tower and a maze at her feet, with secret passages, the ruins of which were still present during Queen Elizabeth’s reign in the XVIth century. All the elements of a fairy tale here, right?

Rosamund was the ideal lover. She heralded romanticism. The great English poet Geoffrey Chaucer (1340-1400) had already penned a ballad about pure, hopeless love called: To Rosamund. Walter Scott (1771-1832) mentioned the maze in his novel « Woodstock, or the Cavalier » and pre-Raphaelite painter Gabriel Dante Rossetti (1828-1882) created a dreamy portrait of her called: « Fair Rosamund », exhibited at the National Museum, along with John William Waterhouse (1879-1917) who did the same some years later.

Real or imaginary, a maze is romantic in that it symbolises difficult access to the beloved. The initiatory path shields the beloved from only the most persistent of suitors. Legend had it that the King got lost every time he tried to get to her, and he finally found his way with the help of red thread that her rival the Queen found, leaving the latter with no option than to resort to the knife or to poison where Rosamund was concerned… The legend, never short of fantasy, soon added dense and impenetrable rose bushes to the stone walls of the labyrinth…

And that’s how through the twists and turns of dream-like associations, Rosamund ended up being the name of a rose eternally associated with love. Rosa Mundi is another name for Rosa Gallica versicolor, an offspring of Rosa Gallica officinalis or rose of the Apothecary, the famous red rose originating from Damascus.