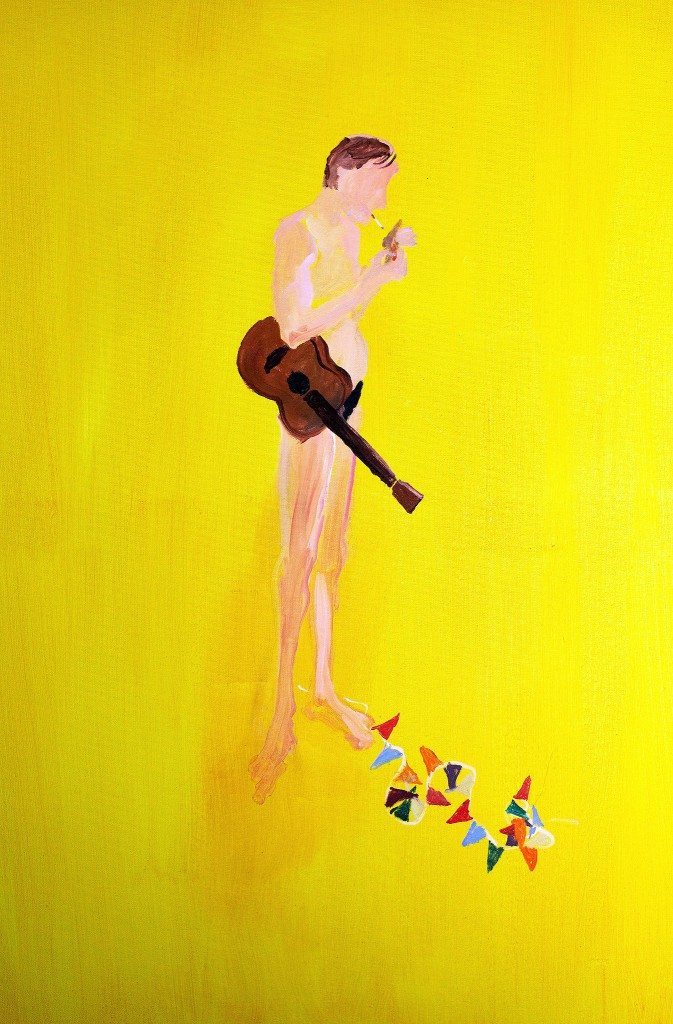 Icelandic artist Ragnar Kjartansson performs in all kinds of artistic fields, theater, opera, performance art – is an actor, singer, video maker and a painter. He doesn’t have any proper areas but ours which he distorts so as to inform us about its disorder.

This agitator of art provokes events rather than the public. Bliss which won the Malcolm McLaren Award, plays with the final scene of Mozart’s The Marriage of Figaro interpreting the climactic two minutes of the opera during a dozen hours without interruption. At the Moma he has the band The National play their song Sorrow repeatedly for six hours. Using such pieces it seems that the artist obsessively stages repetitions so as to provoke an accident and enable a renewal through the exhaustion of both the artists and the audience.

Often these are spectacular with a madcap zaniness which exult freedom often with magnificent natural landscape settings. Or a friend of his that smokes and drinks while he paints them for days, to reflect on the fantastic status of the artist – always persistent, Ragnar Kjartansson affectionately teases with a funniness that has depth.

Just listening to the man speak makes his tenderness apparent along with his view of the world. His work seems to take his air of melancholy and his reflection on the passing of time, as a raw material which he shapes with humour. Perhaps Ragnar Kjartansson is a romantic who examines this disease that is romanticism so he quotes Goethe or Heinrich Heine in his interviews while his recent works are an echo to Icelandic Nobel Prize writer Halldór Laxness’s major work, Light of the World, in which a poet’s contemplative love of beauty can’t be threatened by the tragedies that keep affecting his life. However aware he is about the world, Ragnar Kjartansson comforts the ingenuousness of the child that everyone has.

Palais de Tokyo holds a Ragnar Kjartansson exhibition from 21 October 2015 to 10 January 2016. diptyque was an official partner of a performance by the artist at Maison de la Radio, Paris, on 24 October.