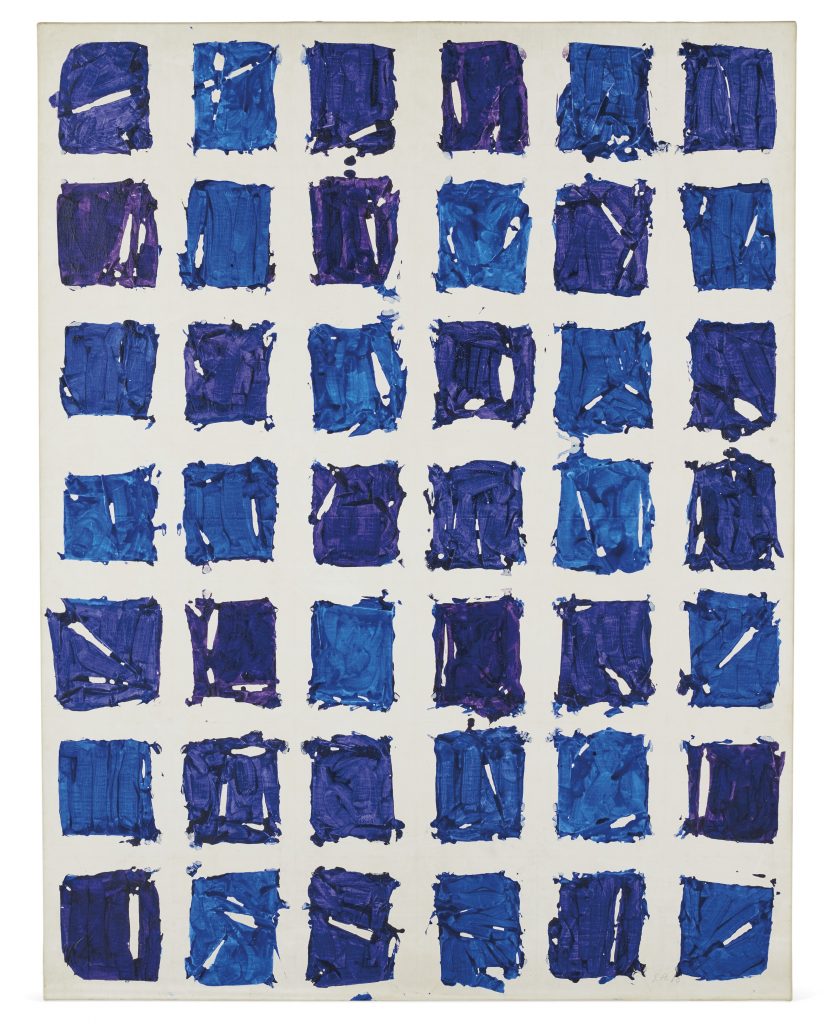 Praises of pliages, by Soko Phay

The significance of Simon Hantaï’s pliage paintings: about L’Etoilement by Georges Didi-Huberman

An encounter is an event that breaks away from the linearity of everyday life and is set apart from ordinary interaction. Indispensible, it assumes « the power of destiny » between two beings, in that it decentres the other person’s viewpoint or changes their experience. L’Etoilement testifies to this fruitful encounter between the artist Simon Hantaï and the philosopher Georges Didi-Huberman. Their conversations between 1997 and 1998 in the light-filled workshop at Meun, a hamlet on the fringes of Fontainebleau Forest, respond to the need for critical thought.

Didi-Huberman convinced the artist to break his long silence and exhibit his work once more. He had decided back in 1982 to withdraw from the art world, just when he was being feted by the greatest museums. His retirement did not mean a life of inactivity ahead for the artist: « I didn’t abandon art, I turned away from its business element and above all, its role as stop-gap », he said. In response Hantaï urges the philosopher to pursue his musings on issues such as the threshold of the gaze, the paradox of time and space as well as the image as a tearing process, a thought process that kicked off in his first books Devant l’image and Ce que nous voyons, ce qui nous regarde.

Hantaï’s paintings, where pliage (folding) is utilised as a genuine method, found an echo with Didi-Huberman who views this art as the « dialectic linchpin par excellence ». In Mariales, the crumpled canvas had accessible sections painted blindly, then the fabric was unfolded and inner sections painted, creating abstract explosions of colour. This method was extended to reach a peak, especially in Tabulas, where the white in the background is given full and active expression. Star-like patterns appear wherever the artist unfolds a knot on the reverse of the canvas, revealing the interplay of tension between emptiness and wholeness; the structured and the dislocated.

As Didi-Huberman points out, pliage (or étoilement in French) involves etiolation which refers to a loss of colour, a loss of clarity due to lack of light. We recall the photos showing pliage paintings that the artist buried in his garden a few years before. They still have traces of temporal stratification and impurities. Crack is another word for pliage. Occasionally, Hantaï cut up Tabulas, used fragments as household cloths then refolded/repainted and remounted them, giving them the title « Pliages for domestic use. Dirt on folded canvas ». He chucked the rest in the compost.

And so the work is the liminal space for beauty and fading; mourning and yearning. After Hantaï’s death in 2008, the final words of Didi-Huberman in his essay L’Etoilement sound like a « reminiscent present »: « The silence of the painter continues to hum; desire passes through gags and shrouds. The paintings are there before us, perennial in their own right and prodigal outcomes of their folding ».