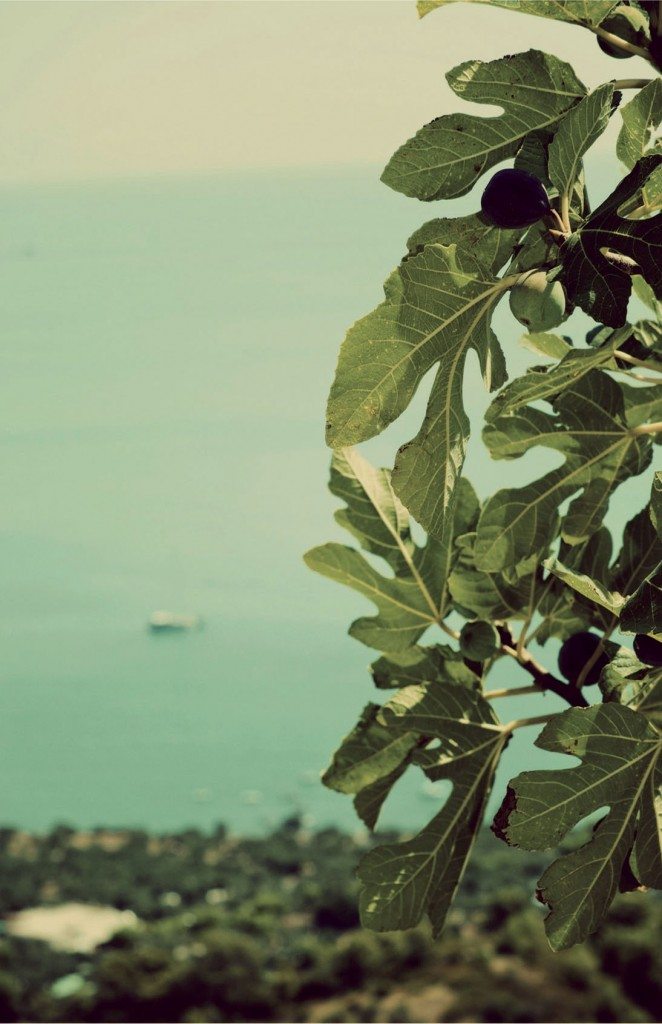 Philosykos stands as a friend of the fig tree. This eau de toilette gives off all of its scents – fruit, sap and leaves. Philosykos is a tribute to Greece, a place of light and mysteries where the Gods still live.

In their old Renault Dauphine, by bus, boat, on foot, on a donkey and eager to encounter the unknown, willingly taking on the traditions and customs of locals and meeting people, two of the three friends who founded diptyque went on this trip. The Mediterranean countries were for Desmond Knox-Leet “the landscape of the soul” but Greece was enchanting and a pure delight. Desmond and Yves Coueslant travelled everywhere there and went back summer after summer. They learned the language and Desmond filled his notebooks with notes and drawings.

Their retreats to Mount Athos were behind the inspirational origins of L’Eau Trois in 1975. ‘L’Eau d’Elide’ in 1988, dedicated to the God Pan, commemorates the Greek countryside in the noonday sun. In 1996 Philosykos was of a memory of one of their stays in Greece – a field of wild figs between the mountains and the sea. It was in Thessaly, on Mount Pelion, place of Homer’s Iliad. To get to the sea from Méliès you had to cross this field in the torrid heat. The figs’ juice dripping, the trunks seeping sap, the heated leaves giving off a scent and the countryside was covered with burning heat.

The perfume also evokes another memory. Back from Greece, Desmond gave a gift to Christiane – a small box made for her containing small numbered packets and a dried fig leaf. The six numbers corresponded to six places – The Acropolis, Troy, Mycenae, Cape Sounion, Mistra and the Black Sea. Each package contained a fragment of material and memory – a piece of marble from the Acropolis and Cape Sounion, a shard of ceramic from Mycenae, a pebble from Troy, another from Mistra, this one red, and a shell from a beach they all knew. That was how their friendship was – thoughtful, simple, deep. In 1993 Desmond went on his final trip. A few years later when Christiane reopened this box, a symbol of their friendship, the scent of the fig leaf spread throughout the room and completely intact. Christiane Montadre-Gautrot and Yves Coueslant then created Philosykos in honour of Desmond Knox-Leet and dedicated it to him.