It is the invention of synthetics that slowly triggered the Modern perfume. During the Belle Epoque, synthetic perfumes and haute couture joined forces and as the century progressed became commercially accessible to most people.

Technical advances in the extraction process of natural scents marked modern day perfumes. By the end of the nineteenth century, natural distillation methods and enfleurage were joined by synthetic natural molecules (the first being coumarone from Tonka beans in 1868) and the extraction of volatile compounds using solvents. These techniques gave perfumers an opportunity to put together new scent combinations whereas before perfumes were mainly soliflores (fragrances replicating the scent of a single flower). Despite not being the very first modern fragrance, Jicky by Guerlain in 1889, a scent that combined natural and synthetic elements, is often thought of as being the start of modern perfumery using vertical structuring – the three notes we often think of comprising a perfume. From now on perfumes would be composed with a top note (citrus and aromatic), a middle note (floral, green, fruity, spicy) and a bottom note (woody, balsamic dry down). But this new complexity meant that perfume could not be transferred from one bottle to another, it had to stay in its own bottle. The perfume and its bottle were now one unit. The spray nozzle invented in 1870 by foodie Brillat-Savarin to season food was added to perfume bottles for spritzing purposes.

Two quotes, one from the world of fashion and one from the world of perfumery set the tone. Firstly from the great fashion designer Gabrielle « Coco » Chanel: « No elegance is possible without perfume. It is the invisible, ultimate and unforgettable accessory. » Secondly from great businessman François Coty: « Give a woman the best product you can make, market it in the perfect flask, beautiful in its simplicity yet impeccable in its taste, ask a reasonable price for it and you will witness the birth of a business the size of which the world has never seen. » On the eve of the Second World War this business made him one of the wealthiest people in the world. He was the great initiator of modern perfume, ahead of the game when it came to sales, packaging, advertising and prestigious collaborations (glassmaker René Lalique; stage designer and artist Léon Bakst) and in 1918 he introduced small bottles that American soldiers could take back home as gifts. He also invented the Chypre, with its complex structure and distinctive verticality (bergamot top note, floral middle note and patchouli and oak moss bottom notes) and synthetic components, thereby kicking starting a new perfume family of « chypres ».

Techniques, the age, business context, the quantifiable convergence of tastes of social groups, offer practices, fashion and perfumery all came together without realising that the trendy perfume on the periphery of their fusion would one day switch roles. Perfume would become the financier of haute couture and then fashion, just as Robert Ricci, Nina Ricci’s entrepreneurial son, had predicted – a Nose that never failed. [TO BE CONTINUED] 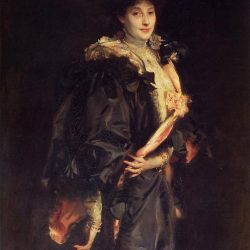 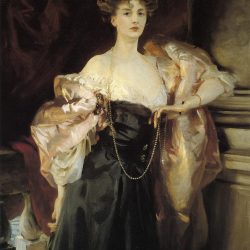