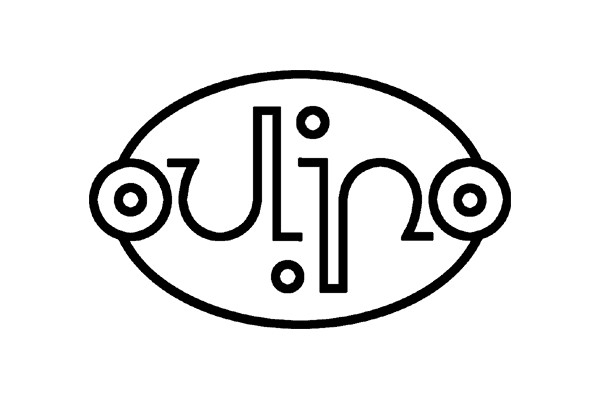 The journey taken by memento along the rollercoaster of language – dancing letters, the language of birds – includes a detour to OuLiPo. This is the name of a group of Oulipians. This group of scholars gets together to create and play with very constrained writing techniques.

OuLiPo is an acronym for Ouvroir de Littérature Potentielle (Workshop of Potential Literature). The group was founded in 1960 by mathematian François Le Lionnais and the well known writer and poet Raymond Queneau, who was also a great scholar. Back then the latter was working on Cent mille milliards de poems (A hundred thousand billion poems): the combination of single sonnets (two quatrains, two tercets) with interchangeable verses… producing 104 (a hundred thousand billion) potential poems, but fewer sonnets however (because they had to follow a specific order of rhymes): «By counting on 45s to read a sonnet and 15s to change the section [each verse] and 8 hours per day, 200 days per year, the book provided over a million centuries of reading matter, and if you read it every day for 365 days per year, there is enough for 190 258 751 years, that’s to say absolutely yonks (excluding leap years and other details) » said Queneau. The OuLiPo group was launched to bring together a combination of literary minds in response to an enraged rationality. And from this beginning grew a literary workshop for unbridled minds to have fun exploring the confines of temporary shackles…

License was given for members to do exactly as they wished. Freedom consisted of establishing one’s own laws and then observing them. The subject becomes a slave to his desires and freedom subjects these desires to a superior will. This expresses the paradox that constraints are freeing. When applied to the field of artistic creativity, this thought process implies that formal constraints stimulate the imagination of the artist. There is a rise in the level of freedom because of the necessity of asserting one’s intention to respect the imperative set. This is the key idea behind Oulipo, perhaps so that the group can spring from the traps of Surrealism. « The classical artist who is writing a tragedy by observing a certain number of rules that he or she is aware of is freer than the poet who writes exactly what pops out of his or her head and who is enslaved by other rules he or she is unaware of » wrote Queneau prior to Oulipo. Some small constraints gave rise to word games with hilariously twisted results (often mathematical in nature) such as substituting all the words in a text with the nth word that follows in the dictionary. Larger constraints have led to pieces of work, the most well known of which remains George Perec’s La Disparition (A Void), which was published in 1969 and written without a single occurrence of the letter e. Queneau, Perec and Italo Calvino are the most prominent writers in the group, the membership of which continues to change, but where friendship and fun always prevail. The group meets up once a month.

The two main tasks undertaken by Oulipo are synthoulipism, which means the testing of new literary constraints and anoulipism, which means listing writers who worked with literary constraints prior to Oulipo in the history of literature. Both tasks are undertaken by this upbeat and scholarly group, the members of which join the noble ranks of « plagiarists by anticipation ».

Oulipo is not a literary movement. Nor is it a reunion of university professors. It does not conceptualise gender. Its members are into idioms (mad about words!) and surveyors of texts in every sense of the word, committed to clambering together up the sheer peaks of language. Their letter ‘traps’ give rise to much hilarity. Unlike processes (such as the language of birds that is based on a spiritual idea of language concealing sacred mysteries that only the initiated know how to decipher), Oulipo members work hard to combine syntax (structure) and semantics (meaning). And the fun for them never ends! 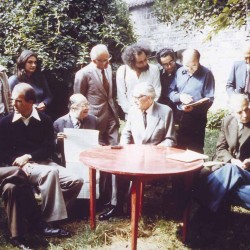 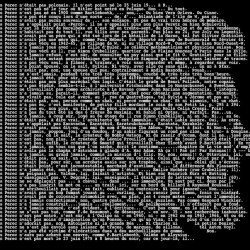 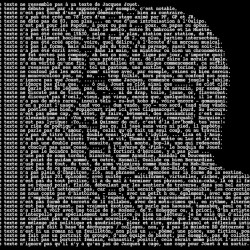 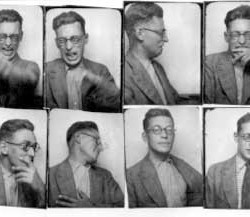 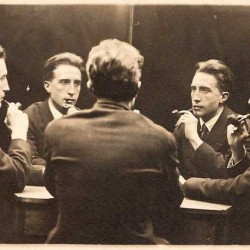 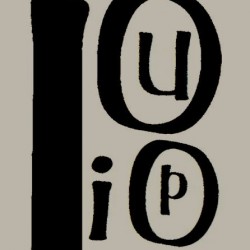