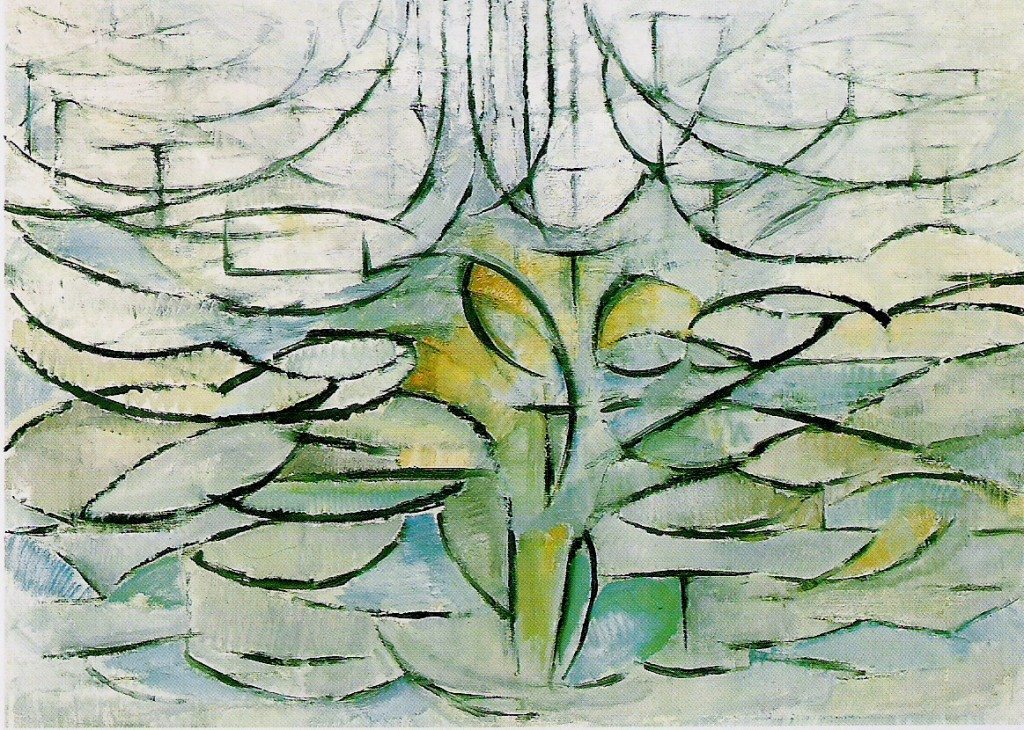 The Gemeentemuseum in The Hague, a gem of contemporary architecture with its yellow brickwork and geometric lines built in the early 30’s by H. P. Berlage, is a must-do if you truly want to understand what Piet Mondrian contributed to world of XXth century art. The museum is home to the largest collection of his from early academic works to his final piece, Victory Boogie-Woogie. The best time to go is in winter as autumn leaves litter the streets from the train station to the museum, a prelude to your visit – viewing a very specific, decisive period in the Dutch master’s work – trees.

The history of art is punctuated by various dates that turned into tipping points, triggering irreversible changes in the way a painting was viewed. The works of art created by Piet Mondrian from 1908 to 1912 fall into this category.

1909, The Red Tree: a knotty trunk, a compact mass of branches straining up to the sky. The subject may be perfectly identifiable but the colour palette is unreal, intense. The colours seem alienated from the subject matter with the tree’s bright scarlet tones set against the shimmering lapis lazuli blues of the skies above it, brushstrokes are short and tight. Mondrian had just come across work by Fauvist artist Van Dongen and more specifically Van Gogh and his paintings were not impervious to that.

1911, The Grey Tree: when Mondrian visited the exhibition at the Moderne Kunstkring the previous year he got an eyeful of Cubist art from France for the very first time. Shock factor overload, colour is now reduced by the artist to benefit the form. The tree crumbles into an arrangement of predominantly horizontal and vertical curves and the jewel tones give way to shades of grey so loved by Braque and Picasso. The following year Mondrian was living in Paris where he stayed until summer 1914.

1912, Flowering Apple Tree: the painter’s palette is now pearlised with delicate flat tints of purple, ochre and emerald green. There is more horizon than before and the repeated motifs seem to float weightlessly in the space. Almost all traces of the tree trunk, branches and blossoms mentioned in the title have gone. As if uprooted from its initial reality the tree transforms into an autonomous segment of reality with its own rhythmic accent – the referent is no longer the object being painted but the abstract structure of the composition.

Four years have passed since Mondrian’s first trees. Four years that have seen Piet Mondrian influenced by some of the most avant-garde artists of his time and develop#1 a completely new language for the visual arts. By doing so he placed one of the first stones in the path towards abstract art.

Paul Nyzam is an expert in contemporary art at Christie’s. His many precious articles for memento have shed light upon key themes in the works of painters Yves Klein, Simon Hantai and Pierre Soulages. 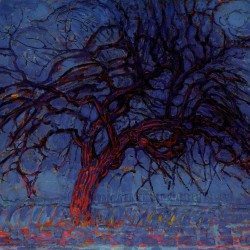 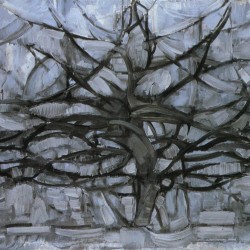