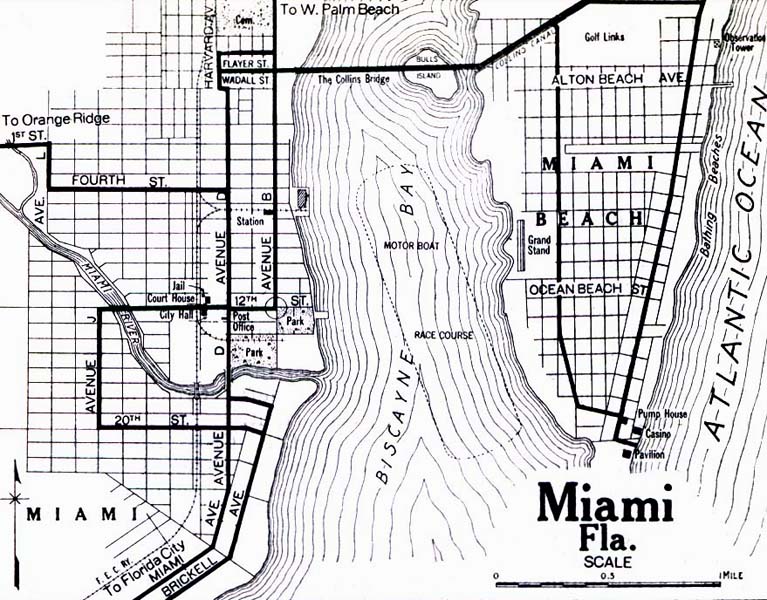 A complex megapolis, Miami could be a possible matrix for tomorrow’s bigger cities. If Los Angeles reflects the generous heterogeneity of American culture, Miami seems to reflect the image of a transnational hybrid, post-modern and innovative culture.

It’s a major paradox of isolated everglades regularly battered by cyclones which grew into a city more than three hundred years after Europeans first landed – only the loss of one of his sons pushed Pedro Menéndez de Avilés to venture inland but the city of Miami was not legally founded as a city before 1896. It’s continual urban regeneration within a world which spins is driven by change. Still, that’s not by accident and Miami is a city of diversities. The secret of its versatility lies in the power of self-reinvention of its integrated communities and of their belonging.

Once known for its danger, made famous by many movies and series that have become a cult, this colorful city has become an important hub of contemporary art. This profitable change enhances Miami’s status as an influential city but big money would be too easy an explanation to account for it. There are wealthy residents that makes it a niche market of art buyers but it’s the explosiveness of its artistic scene which first attracted galleries, more artists, art collectors, museums and eventually a yearly occurrence of the Art Basel exhibition. Why? Probably because art was the common denominator for various protesting and anti-establishment expressions of the exiled, like Cubans and Haitians, in a city whose climate has enabled a long tradition of outdoor life, exuberant visuals and self-staging.

Exiles, diasporas, otherness, co-existence of tremendous differences of social levels and conditions, all of these planted the seeds of an artistic inter-culturalism which proceeded with an infinity of additions and inserts like human transplants or grafts, producing “iconographic crossroads, diversions, alterations, decontextualizeations, acculturations, saturations, syncretism, mannerisms, ornamentations, confusions, alternations, modulations, etc.” (Emmanuelle Chérel, art historian). Artistic ultra-intermixing, Miami’s creative antennas react to the planetary quivering and murmurs like a stock-exchange.

An eclectic junction of excesses, without a stylistic unity of buildings, unruly mosaic, it’s a sort of headlong dash of everyone’s inventiveness, from lifestyles to artistic proposals, that produces the attractive uniqueness of Miami – firefly city of neon lights of the future.

diptyque will open its first boutique in Miami at Bal Harbour, 9700 Collins Ave #242.