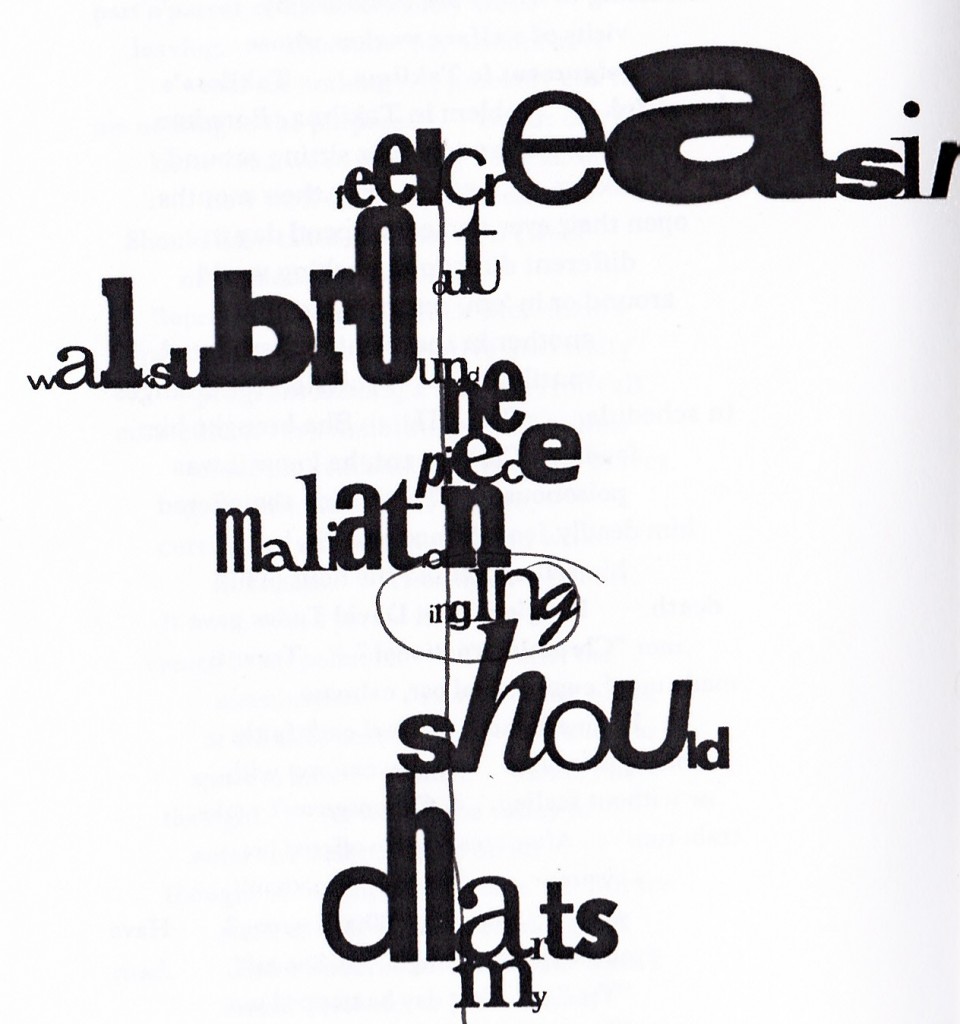 Certain names keep cropping up in John Cage’s creative endeavours such as Duchamp, Thoreau, Joyce and Satie and in relation to different mediums (text, poems, graphics and sheet music). In 198l Cage published his first version of “James Joyce, Marcel Duchamp. Erik Satie: An Alphabet” using the Mesostics technique. In agrostics, the word is written vertically at the start of the poem but in mesostics, the word is written in the middle of the row (from the Greek mesos), one of the rules being that you should not introduce a capital letter in the space that separates it from the preceding letter. It was American writer and philosopher Norman O. Brown who recommended that Cage use this poetic technique. For him, elements appeared to bounce from one piece of work to another, interpreted by different communication tools. This was the case with the letter, an element so key to his artistic approach that it gave rise to a completely new kind of poetry that shrugged off the shackles imposed by the rules of syntax and linear discourse. By not being based on principles of possession or power, poetry should not, he said, aim to deliver a message. It was more a case of « developing a language that doesn’t control individuals; instead it should stimulate the imagination; an anarchic language ». Some “mesostics” are intended for an internal reading process; others can become the pretext for a more vocal endeavour like Sixty-Two Mesostics re Merce Cunningham (1971) which has been published as a text without musical requirements in a book entitled M. Using the principles of mesostics as his springboard, Cage undertook five successful “re-writes” of Joyce’s Finnegans Wake that you can enjoy in his radio-orientated assemblage entitled Roaratorio (1979).

Jean-Yves Bosseur is a composer and a musicologist.