Time. Everyone has an intuitive idea about it but when it comes down to what it is exactly, where it goes, what it consists of and if existence is possible without it – these questions seem eternally up for debate. In the meantime, as we wait for answers, we can always collect hourglasses.

Despite the fact that many cultures claim to have invented the hourglass, and there is some confusion between the water clock (clepsydra) and the hourglass, the earliest firm evidence of the latter seems to be its depiction in the XIVth century in Allegory of Good Government (1337-1340) by Ambrogio Lorenzetti, a fresco in Palazzo Pubblico in Sienna, Italy. The hourglass can clearly be seen in the hands of one of the six civic virtues: temperance. The hourglass became popular during the medieval era when time became sacred, the Church delineated prayer hours; time was a part of civil society in commerce, maritime voyages, study and private lives.

The hourglass is one of those rare human inventions whose perfection – the completeness of its utility – either prevents any advancement or offers the same kind of evolution as books (in that only the paper within them and the printing thereof can be perfected). In the case of the hourglass, the quality of the glass used, the sand inside, some graduations in the duration of time being measured can be tweaked, but the principle and function of the hourglass are set from the get-go. The two bulbs are hermetically sealed together, there is a small hole between the two, the bulb contains a certain amount of sand, and the flow of sand from one bulb to the other measures a duration of time. Some time after having been invented, the two bulbs would be blown from one piece of glass, and sometimes several bulbs would be put together to measure intermediate periods of time. But the way the hourglass was used was the same. It had to be flipped over to start the flow of sand and subsequently measure time.

The hourglass is a mysterious, ingenious and crucial invention.
Mysterious because it materialises time in matter and makes its passage a ponderable quantity; mysterious because we don’t know who invented it because there are no schools for making hourglasses and hourglass collectors do not have any specialised magazines to this day; mysterious because of its physical properties, the flow of sand from the bulb, the calculation of the opening angle of the bulb, the curve of the glass or the slope towards the hole to avoid a blockage, the friction of sand against the glass and finally the pyramidal shape of sand accumulation in the bottom bulb – all these mechanical aspects correspond to very complex physical laws that are in stark contrast to the simplicity of its function. Mysterious because the container and the content are both sand, the glass being sand heated at high temperatures.
Ingenious because in an hourglass the measurement of time becomes less uncertain; in comparison to water clocks where the container has to be filled with water that is poured, condenses, freezes and whose variations of pressure mean that it is not possible to control intervals of time: in comparison to sundials which are fixed in one place and rendered useless by the slightest shadow; in comparison to graduated candles that only burn once. Ingenious because the hourglass is transportable, reversible (therefore reusable) and autonomous, silent and inexpensive.
Crucial because as business became international with long journeys at sea, the maritime hourglass was a dependable measurement of time, determining speed and longitude with reasonable accuracy, which had not been the case before. The maritime hourglass became essential when navigating away from the coastline. Crucial for the emerging market economy that measured work time, study time, debate time, time for advocacy, and of course, time for preaching and prayer: time spent doing different activities was being divided up and quantified.

During this time, the hourglass appeared more and more in art, signifying time, vanity, death and the infinite, the latter losing nothing waiting for its time to come. Before long, the mechanical clock would mean the death knoll for the sand hourglass, but the hourglass is one of those inventions that have remained in the heritage of mankind because its symbolism surpasses its functional obsolescence. You can even see a visual image of it today as you wait for your computer to action commands in Microsoft windows.

These are some of the interesting details noted by Jacques Attali in Mémoire de sabliers (published by Editions de l’Amateur) – a richly illustrated book that reflects his interest in this topic and which led him to collect hourglasses (or rather turned him, he hopes, into a modest fan). By recounting the history of the hourglass, the author recalls that the start of any collection is always rooted in time, a diversion to roll back the deadline, so to speak. The collector evades the ultimate end of life via his all-consuming passion. In short, he gains time. Collecting hourglasses is to indulge in the ultimate collection, unlocking the lure that causes time move forwards by collecting what is fleeing: time in short that has been measured. 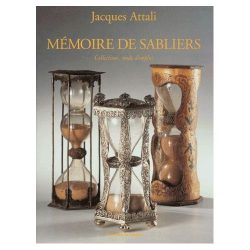 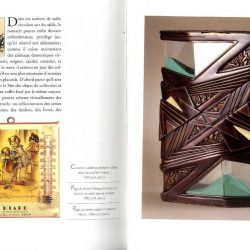 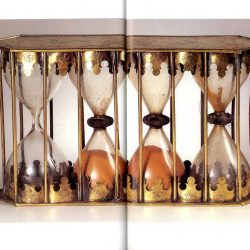 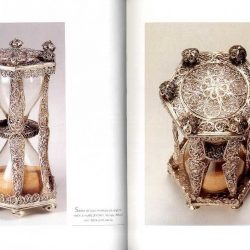