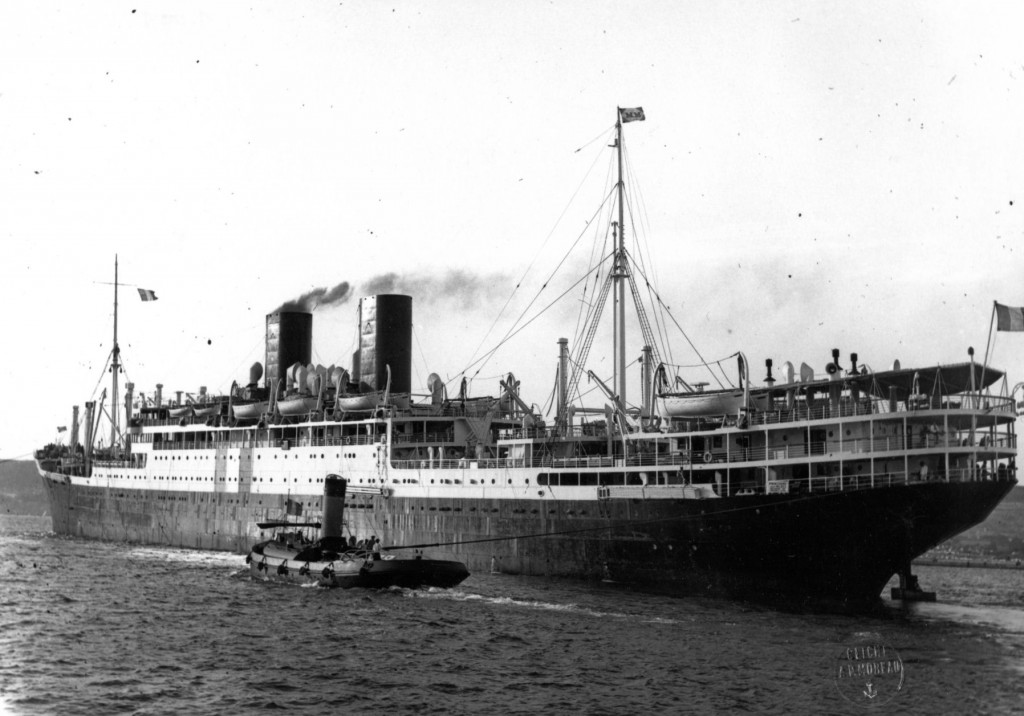 Somptuous liners, a whiff of nostalgia, by Guillaume Morel

It was in memory of his sea crossings to Saigon aboard the Felix Roussel and the D’Artagnan that Yves Coueslant – co-founder of diptyque – decided to create a delicate oriental channelling Virginia tobacco with accents of wax, honey and dried fruit called Volutes in 2012 as an evocation of his travels. A whiff of nostalgia, an echo of the fabulous adventure embodied by all the ocean-going vessels owned by the General Transatlantic Company (Normandie, France, Paris…) and maritime couriers (Amazone, Champollion, Georges Philippar…) that transported millions of travellers, immigrants, businessmen, penniless students and bourgeois families dreaming of luxury and a change of scene across the oceans from the second half of the nineteenth century right up until the Seventies. Initially there was the legendary crossing from Le Havre to New York on a transatlantic liner (the only way to get to the other side of the pond until the airplane came along). In the first few decades of the twentieth century new routes to more « exotic » destinations came into play including crossings to Greece, Egypt, Algeria, Morocco, Japan and China. The tourism and leisure boom years between 1920 and 1930 marked a golden age for these companies who were falling over themselves to offer their passengers unforgettable on board interior decor and service. Vast dining rooms serving exceptional food and wine; music rooms; smoking parlours; theatres and cinemas; boutiques; bars and swimming pools – these ocean liners were real floating palaces. The most luxurious one of them all was undoubtedly the Normandie in 1935. The greatest decorators of the age (Pierre Patout, Henri Pacon, Rene Lalique, Paul Jouve, Jean Dunand and Jules Leleu, to name but a few) toiled aboard this ship to create a real Art Deco masterpiece.