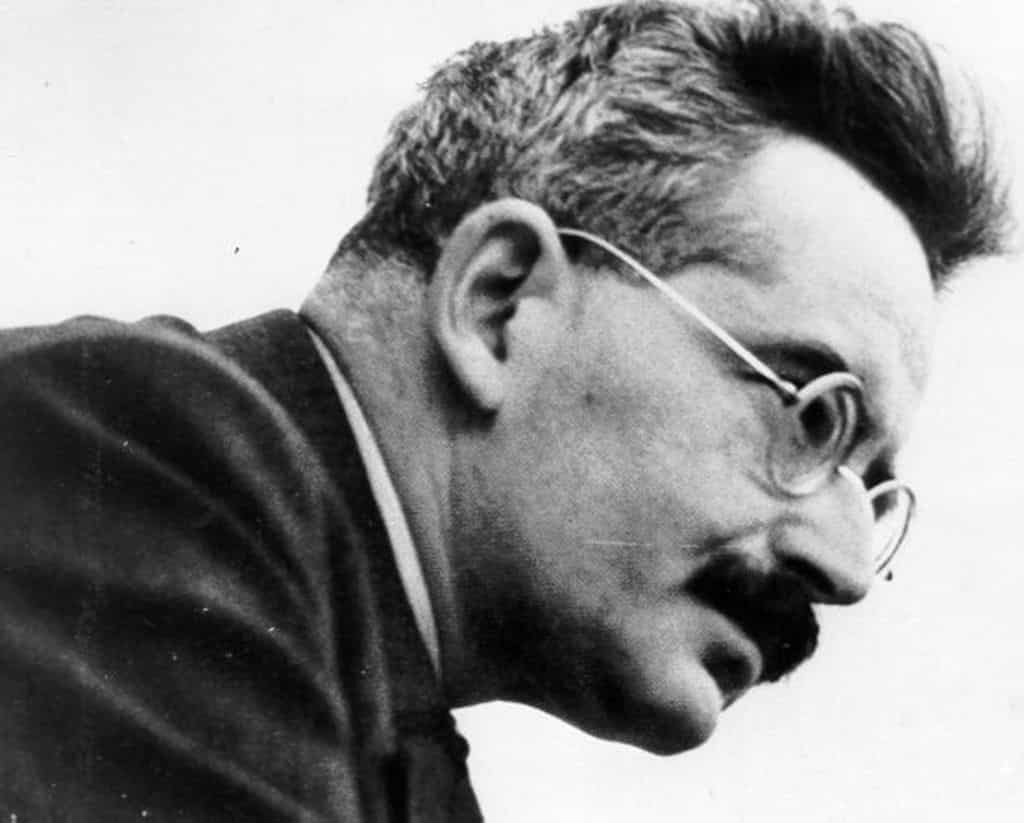 Walter Benjamin, all alone in the Funkstunde AG studio in Berlin, faces the microphone and gets ready to read. He removes his jacket, rolls up his sleeves and bends over a wad of typed sheets, adjusting his small iron-rimmed glasses, perhaps also smoothing down his moustache a few times and clearing his voice. He is focused on the job at hand,  waiting. On the wall sits a round clock, like an eye watching him, reminding him that although he may well be his own boss here, he is hostage to timing that must be spot on. Suddenly the long hand is perfectly straight and at that moment a red light comes on: Jugendstunde, children’s hour, has begun. This hour must be transformed into a time of illumination.

The second hand of the clock on  the studio wall in Berlin and Frankfurt ticks its way around. Radio is the budding medium that Benjamin explores during the course of  his broadcasts; discovering it as if it were a country and deciphering it as if it were a language.  From 1927 to 1932, a full five year period, he turned it into a lab in which he experimented with other narrative forms, in other words, it became a political space. He developed his own format: the radio conference. Whether it involved a subject, text or reading – this was pure simplicity. Reading the transcripts of the twenty-nine broadcasts compiled in Lumières d’enfance (sadly we can’t listen to them as no recorded tapes of Benjamin’s voice have ever been found) is a wonderfully subversive act: placing children right at the centre of proceedings. By addressing them directly, Benjamin turns the order of the discourse around and brings the voice of dissonance to the table. Grand polyphony. This new modern territory is the « land of voices ».

Time is of the essence, minutes are counted in the studio where Benjamin will soon tell his story, breathing new life into old orality, archaic narrative, exhuming lost narration like a treasure, one he thought had been buried in the mass graves of World War One and behind the tight lips of returning soldiers. As German society turned towards Nazism,  like a tireless enlightener or Aufklärer, he tells the tale of things trembling and collapsing, concealed or hidden from view; things that are disturbing and disruptive or transforming in nature; things that are amazing and those that are haunting: yes, it is possible to tell the tale of the Berlin dialect, city-barracks, witch-trials, street vendors, lives of gypsies, the mystery of toys, bands of robbers in the old Germany, the fall of the Bastille, the Lisbon earthquake in 1755, markets, bootleggers, Caspar Hauser and Cagliostro; it is possible for a few more hours to tell such stories.

Radio’s childhood, the childhood of the listeners, a few seconds more and what comes back – in a spectral, maze-like way – is Benjamin’s childhood. The Gamin des rues berlinoises, (Kid from the streets of Berlin), gutters for a river, Tiergarten for a kingdom, getting lost, games and masks.  A marquetry of memories enshrined in the present like scenes and patterns embossed in the wood of wardrobes.  An illuminating, living memory that springs back to life via the microphone. And against the backdrop of looming catastrophy, the red studio light beams in the radio station where a poet roams free.