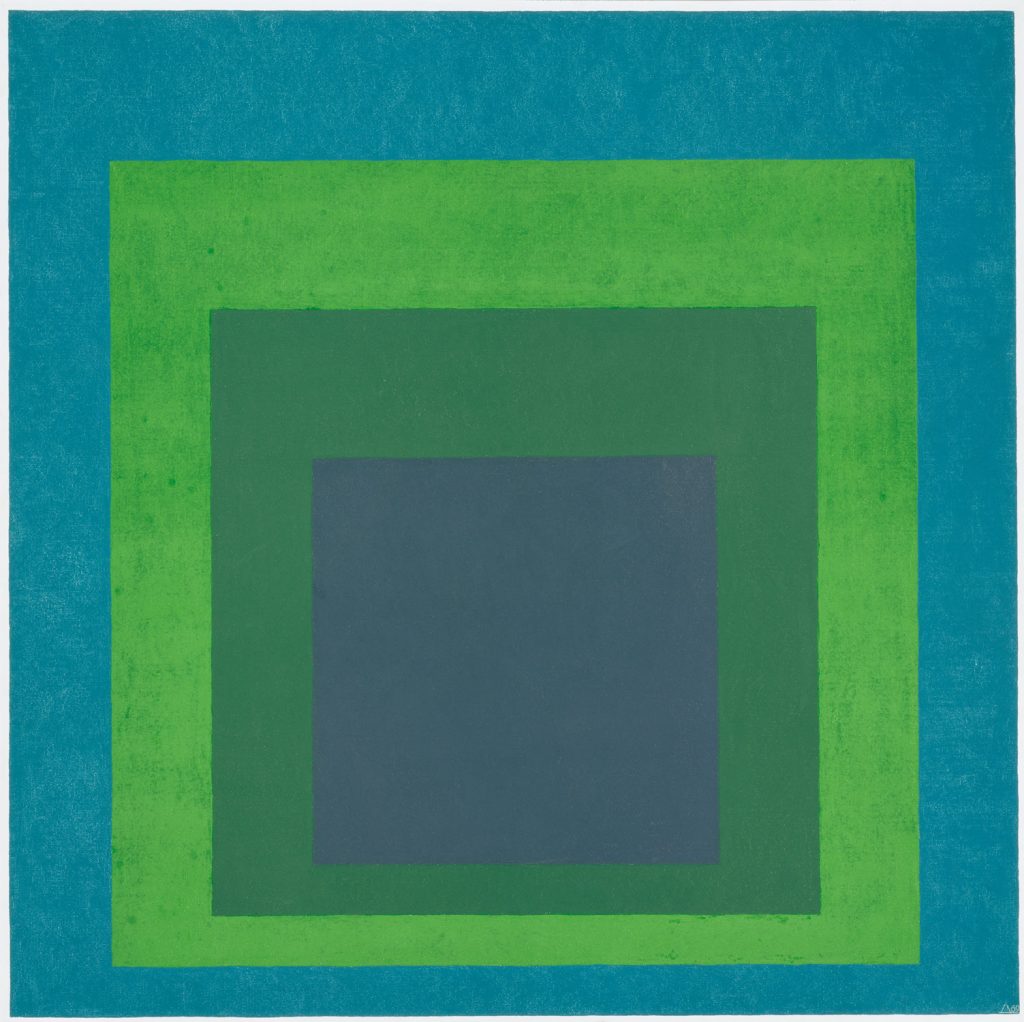 German-born Josef Albers (a visual arts educator and the author of a theory of colours that would buck the colormetrics trend) had a great impact on post war contemporary American art and kick-started Op art.

Albers dedicated his life to study, reflection and the experiential teaching of art. Having studied art at a variety of German schools, he enrolled as a student at the Bauhaus Institute (formerly the Institute for the Decorative and Industrial Arts in Weimar) in 1920, becoming a lecturer at the same institution in 1925. With the closure of this hub of « degenerate art » by the Nazi regime, which included Albert Einstein as one of its supporters, Albers travelled to the States where he would pursue a career as Head of the Art Programme at Black Mountain College in North Carolina before being appointed director at Yale art school. He was born in 1888 and died in 1976.

He brought the ideas of Bauhaus to the States, seeking to reconcile technical progress and art, disseminating art to the greatest number of people and using all kinds of materials (including the most basic) to create his works of art. His pupils in the States included some of the most famous artists of their time such as Rauschenberg, who regarded him as the best teacher he had ever had, Cy Twombly, Kenneth Noland, Richard Anuszkiewicz and Eva Hesse. A lecturer who sought to learn when teaching by exchanging experiences, he taught students at a university with poor funding the art of creating art using what was readily available (such as dead leaves and rubbish) thereby stimulating his students’ creativity levels. He therefore offered this new generation of artists from a different culture his burgeoning ideas and the Bauhaus mindset. Highly influential plastic artist and art theorist Donald Judd (1928-1994) wrote extensively about Josef Albers, showcasing the extent to which he had been underestimated by many, including himself in his early days, and how influential his teaching was both in content and delivery.

Josef Albers has remained famous for his work on colour. His book The Interaction of Colors  is the pragmatic exploration of a theory that bucks the one put forward by his former Bauhaus colleague Vassily Kandinsky attributing colours with intrinsic value (an absolute value linked to symbolic resonances), as well as colormetrics,  which established the measurement of colour radiation and stimuli producing coloured perception using scientific protocols. Albers opposed this approach to colour, suggesting instead that the study of the interaction of colours revealed that the visual perception of a colour is largely determined by neighbouring colours. As an intellectual, researcher and artist, his theoretical conclusions are the fruit of the empirical work of an artist revealed in a pedagogical way.

On the one hand, he says that a word describing a colour covers an infinity of different readings by individuals and that the latter are influenced by the language used to depict them (a colour could be described in one word in one country and in a dozen words in another). On the other hand, this perception of a colour is an interaction with the visual whole from which it emerges, starting with the background. It goes without saying that Interaction of colours is an essential piece of visual literacy that is so scholarly, debate filled and profound that a short summary cannot do it justice. Josef Albers also produced many pictorial studies on colour including his signature Homage to the Square series.

Albers’ approach involved providing students with a practical toolkit for discovering colour: “his Interaction of Colours is testament to an experimental way of observing colours and articulating about them » he wrote. Understanding how the interaction of neighbouring colours produced fascinating and deceptive effects led to his conclusion that « colour is the most relative medium in art ». 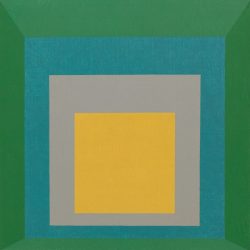 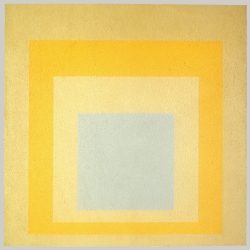