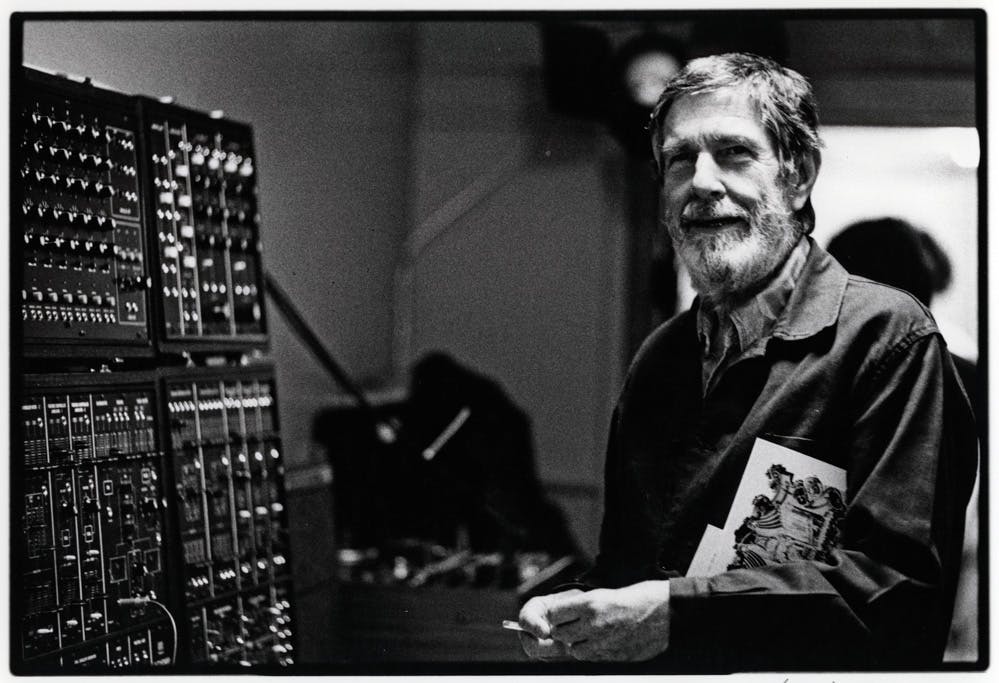 John Cage, or chance as a discipline, by Karine Le Bail

Using tools such as the I Ching, found objects, astronomical maps, automatic drawing or writing which give free reign to chance, the random, the indeterminate, John Cage continually sought to free the creative gesture from all intentional subjectivity, from any theoretical idea, so it could thrive in an active doing and thus engaging in listening in the present moment. This constant experimenting, spread across writing, composition and the visual arts, was a result of encountering the Eastern philosophies in the 1940s, which upset his relationship with space-time, sound and silence. “Before studying Zen, men are men and mountains are mountains”, wrote Cage. “While studying Zen, things become confused. After studying Zen, men are men and mountains are mountains”. What is the difference between before and after?” He said: “No difference, only the feet are a little bit off the ground”. It was the piece for solo piano, Music of Changes, composed in 1951, which brought about the first move, with Cage introducing chance in order to discover the sounds as themselves, free of any intentionality of writing, any subjectivity. “Let’s start again at zero: noise, silence, time, activity”, he noted. Cage used the I Ching, or Book of Changes, to determine the pitches, durations and dynamics of the sound, randomly drawing from the sixty-four hexagrams of the ancient Chinese divination system supposed to interpret the world’s transformations. Whether the I Ching or any other “unintentional” process of composition, there was no question of the composer’s abdication or a form masking “a fundamental weakness in the technique of composition”, as Pierre Boulez criticised Cage. On the contrary, Cage used the operations of chance as a veritable system of composition, to bring about increased detachment from the creative subject and thus make the work closer to life: “I use chance as a discipline”, he wrote. By compromising the ideology of the demiurge-artist, Cage joined Marcel Duchamp who had also used chance on several occasions and in 1914 declared, with the Bottle Rack, his first “readymade”, that he wanted to “lower the status of the artist in society.”