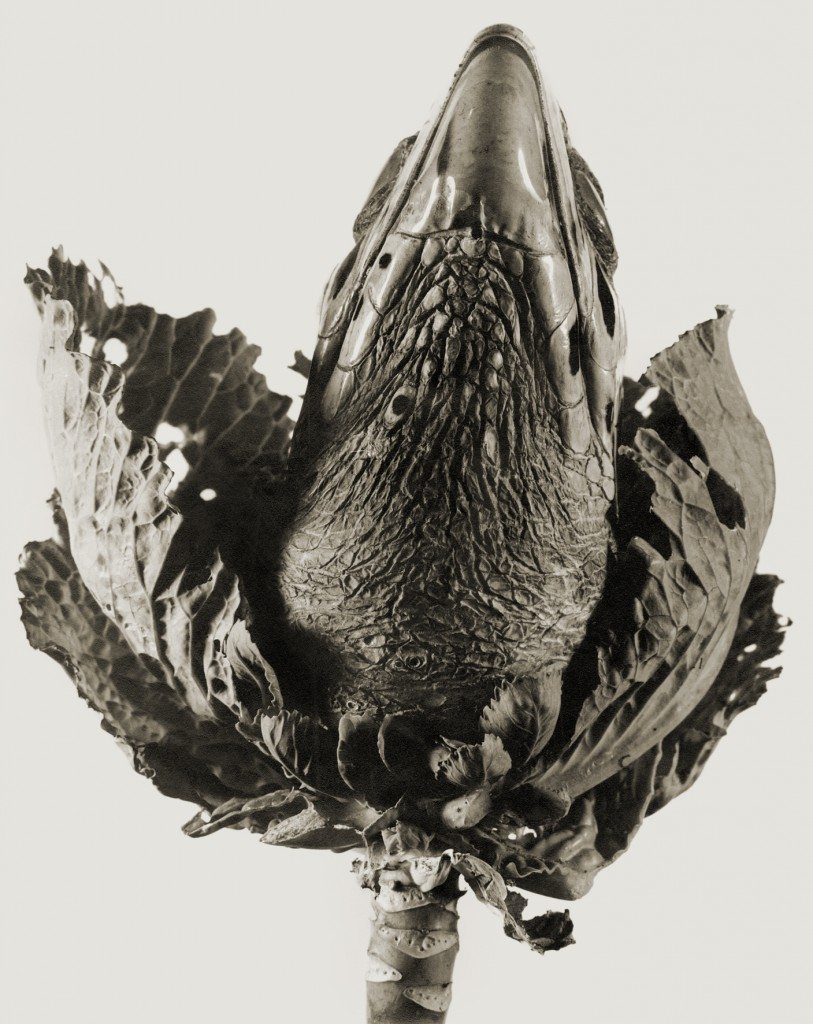 Since we are interested in the organisation of knowledge banks, the diffusion of knowledge and semantic forms of authority in an image, it will come as no surprise that the work of conceptual artist Joan Fontcuberta (Barcelona, 1955) is a must as far as we are concerned. Through his most emblematic work the artist tackles fiction and irony to create a dynamic of doubt.

At the heart of the Herbarium project (1982-1985) there is obviously an homage to, and appraisal of, Karl Blossfeldt, whose legendary pieces of work entitled « Urformen der Kunst » (1928) and « Wundergarten der Natur » (1932), bring together huge collections of buds, stems, leaves and flowers. By normalising the standard of scientific photography, Blossfeldt’s objective veers off down a completely different path at the beginning: this Professor of Sculpture and artistic forging has only one ambition: to show via the conduit of his modest photographs, how nature has managed to create the most perfect harmony. His photographs have no other purpose than to convey this message. Produced as understated teaching tools, they have become icons in the history of forms.

Roll on fifty years and along comes Herbarium, a fundamental project for Joan Fontcuberta, who turns the process on its head. He picks up the detritus (mainly from his garden) and creates pseudo-species that he photographs by parodying documentary postures, shot from the front and against a neutral background.

But beyond being a reflexion on simulacrum and « trompe-l’œil », in Herbarium Joan Fontcuberta seems to be casting an ironic eye on nature, generating a dialectic tension between the sublime and the ridiculous. Nature that has been damaged by the hand of man (and above all by his industries and technology) can no longer be an ideal to be applauded.

Unless of course the artist puts a new spin on it so that its forms can be prised back out.