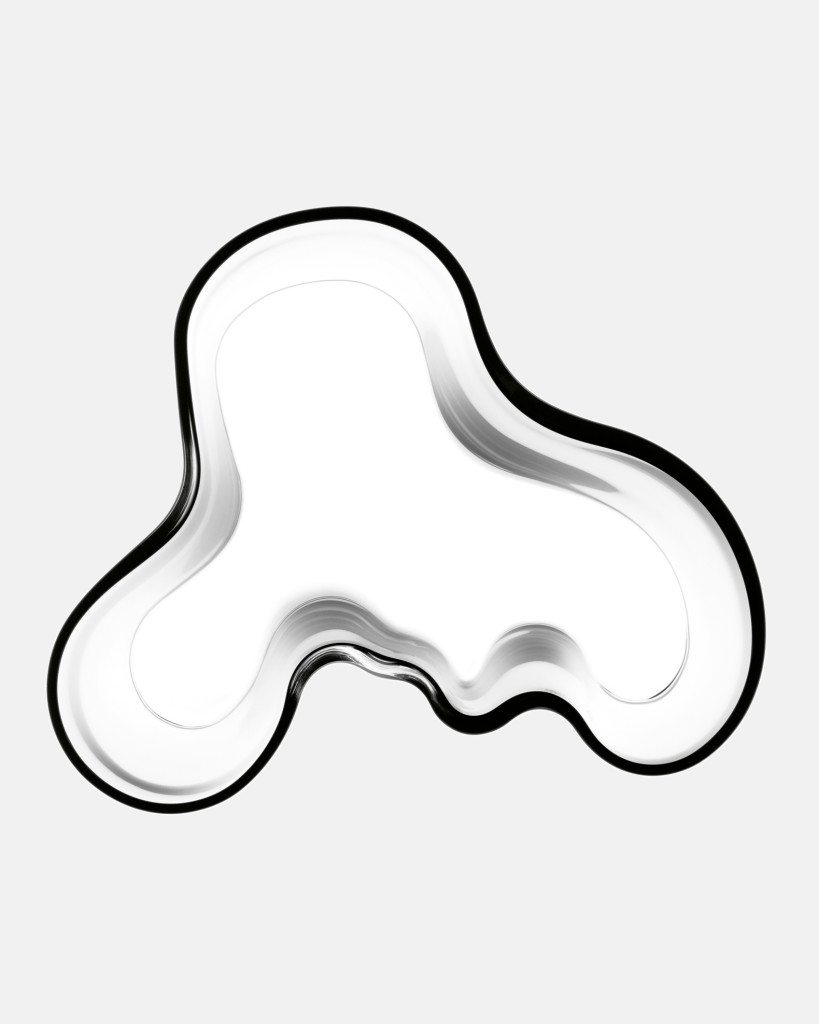 There is a contradiction with glass – although it’s one of the oldest crafts known, its properties and importance makes it a key element of urban and technological lifestyles. The contemporary uses of glass, starting in the 60s if not earlier, not only reveal the characteristics and distinctive features of our modern society but also put them into motion.

During that time, what a French movie director showed in Playtime released in 1967, philosopher Jean Baudrillard analyses in his book The System of Objects (1968), followed by The Consumer Society where he theorizes about consumerism and how it rules almost everyone. From commercial conditioning to urbanism, the use of glass has a dual function both practical and meaningful, its convenience making sense while showing directions in façades, walls, panels, shop windows, various glass-protected displays, jars etc – glass is quite social.

“According to advertising it’s “the raw material of the future” and being transparent is the material and ideal to be achieved” writes the philosopher and indeed, the features of glass express an ideal – it doesn’t get old or is pervaded by the outside like taste or food odor as it’s reliable, unchanging and steady.

It allows communication between spaces, a world of exposure and while giving a view, glass also isolates, gives proximity as well as being impervious.

Because of its transparence and separation, glass has an economically desirable function as it also introduces desire and frustration. In a consumer society, glass is an active material of its architectural and commercial scheme of things.

It also leads to the possible oversight of an individual, as it allows their behavior to be visible, as often in the world of business for instance.

All these possibilities by this material, including the ambiguities generated from its many uses, seem to be seen by its manufacture – hot glass is fully pliable and stretchable but once cold cannot be, unless shattered.

Glass gives the idea of abstraction, as if it were the material of abstraction itself – indestructible, doesn’t decompose, is colourless, odourless etc, so really as emptiness is to air so is glass to matter.

In that way glass also shows a technological and scientific world where sight sees the secret intricacy of the universe with the lens of a microscope or a telescope. Because it lets light pass through, glass is symbolically associated to knowledge holding a promise, maybe a pledge, of total intelligibility where nothing will ever be concealed from our understanding.

Baudrillard analyses with a sort of a prophetic rigour the “ambiguous atmosphere” which is given by the “fixed fluid” in a modern society. In fact, the transparence of this material summarizes an imaginary and operational principle of modernity – hygiene, control, imperishability, objectivity, conceptual abstraction of knowledge and purity, which is also what glass lets us see through.