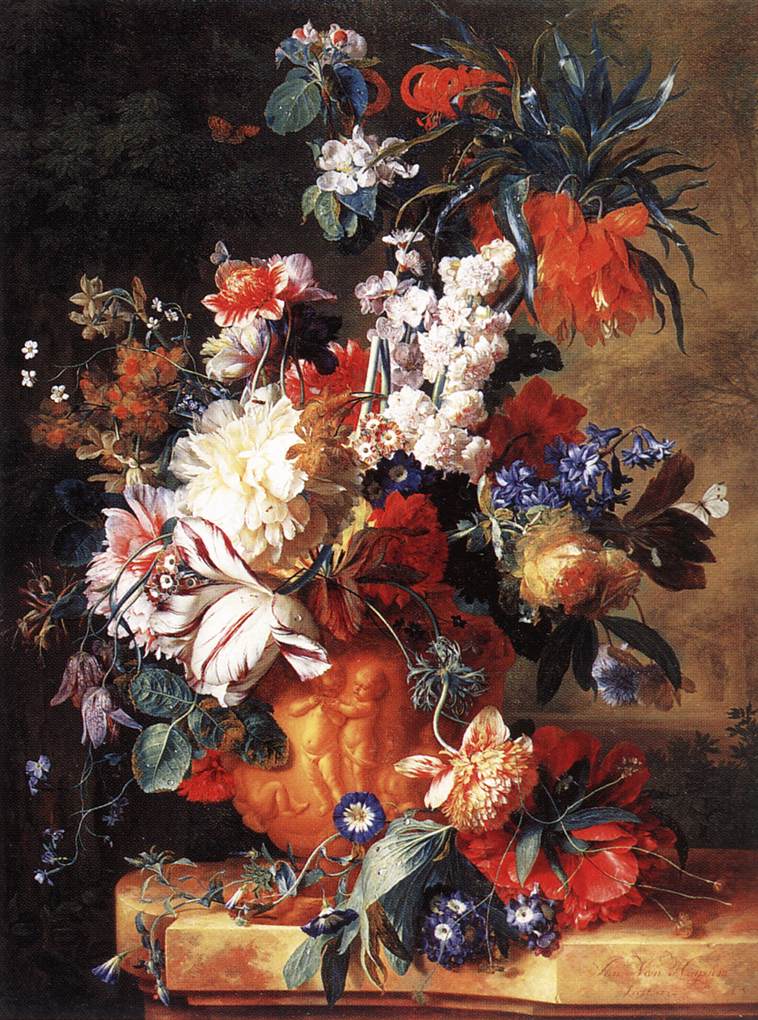 As the heart of the genre known as still life lies a collection of inanimate items, a floral composition that creates a genre within itself and which is borne by artists like a branch (so to speak). Now these works of art featuring ‘real’ bouquets are not quite what they seem…

Still life in modern times appeared during the XVIth century and peaked in the following century in the Northern Schools in Flanders and Holland. Art back then always had a moral undertone. This applied specifically to still life paintings which tended to nod to allegorical vices in an attempt to denounce them, which is why they are called the Vanities. But these paintings have a naturalistic element, with blooms painted from nature with meticulous precision and pictorial tricks of the trade that were kept very hush-hush by master artists and workshops.

The floral genre has bloomed in still life art, especially with Flemish painters. This was down to their techniques of mimetic realism as well as to the growth of botanical endeavours and flower markets in this region of Europe. Flowers were generally represented as they would be in nature, or copied from illustrations from botanical books. The realistic beauty of these bouquets of flowers with their abundance of blooms and colour created a visual punch that became extremely popular. These paintings radiate joy and seem to pep up and ‘scent’ a room.

The first improbability is the vase itself. It was not used very often. Usually a flower had its own single-stem vase. Big bunches of flowers were rare and very expensive.
Moreover, flowers bloom in different seasons. Some artists used to paint real flowers as well as ones copied from botanical drawings, but others like Jan van Huysum (1682-1749) took a whole year to paint a bouquet of flowers as he waited for different blooms in his ‘bouquet’ to flower in season or for different flowers to appear at the market as some were grown locally and others came from far away. Some flowers could, however, be observed in the Botanical Gardens at Coudenberg Palace in Brussels.

Sublime, these bouquets lasted as long as their joyful canvases remained intact. For sure they are authentic, bloom by bloom. But as a whole bouquet, it’s a hoax!