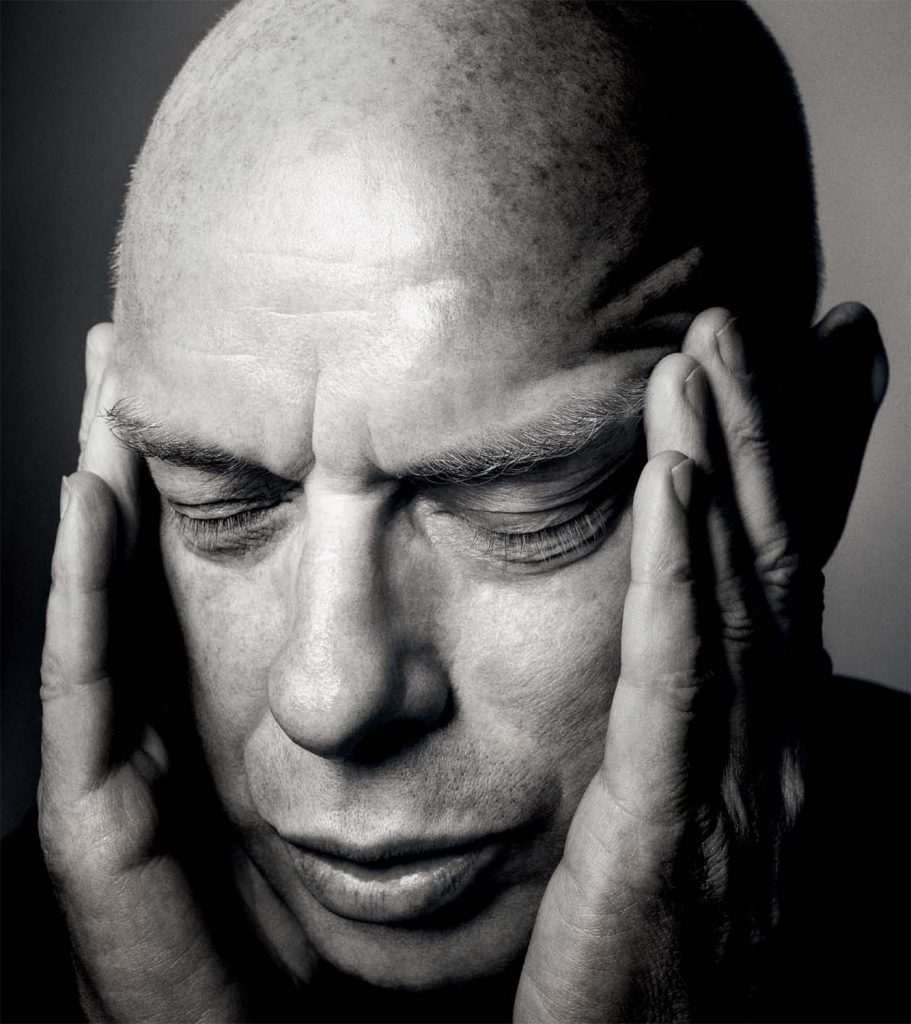 Brian Eno is the Pope of Pop, packing a significant punch in the world of both experimental and commercial pop music. It is a surprise to find out he also has a sophisticated knowledge of perfume. His feelings about fragrances channel his artistic intent: to tweak acquired syntax and create new languages.

Eno became very interested in both natural and artificial scents during his time at Art College. During his travels he collected little bottles of evocative aromas, seeking out new scents in old pharmacies and apothecaries wherever he went. He also explored perfumeries. Gifted with a subtle nose, he also began to dabble with mixing different aromas himself. His aim was to make sense of his thoughts when smelling different fragrances.

Brian Eno came up with several findings on his own that are obvious to professionals in the field. One is that two familiar smells when separated from each other can become unrecognisable when blended together, their fusion creating a new scent without any reference points. The other is that some scents became contradictory in nature depending on their dosage, evoking a particular element in small amounts and something else in larger amounts (for example floral then fleshy). This can result in contradictory responses, from pleasant to sickening, manifest or ambiguous… The world of perfumery courts the shores of the unrecognisable, evoking sensations that have no name and reunites the heterogeneous, he writes.

His intellectual rumblings drove him to try to devise a system or a map of perfumes like a colour spectrum which would show closely associated aromas next to each other. However, if language is saturated with visual metaphors, there is no equivalent structure that works for words. Even the names for a substance do not guarantee stability; smells can differ depending on provenance. You could say that Eno was busting a gut trying to classify aromas. He admits: « The Linnaeus of smell was not to be, and not to be me. »

It was at this point that Brian Eno starting musing about music, a field he was also dabbling with at the same time as his exploration of scent. Whenever he talked about sound he stressed the inadequacy of the languages used to describe modern music and pop in general: the language of classical musical composition simply didn’t have the terms to adequately describe the experimentation going on in modern music at the time. Outdated criteria such as harmony, melody and structure had no reference point when it came to modern musical experimentation with a potentially infinite sonic palette. This was music of timbre and texture, the physical experience of sound, – the frequent sequencing and mixing, palette gradation – became analogous to scents in that any attempt at a description in language must always lag behind the infinites of permutation. This thought process could be applied to Culture: in classical art these units of absolute value exist, with kingpins such as Dante, Shakespeare, Goethe and Beethoven being common universal denominators. These denominators seem intrinsic to the story of the history of art. Now times have changed. From now on different languages can coexist without any possible translation. The notion of intrinsic values disappear in favour of shifting fields of energies that can be appraised using phenomenally different approaches  – artistic disciplines inventing their own syntax. A world held together by networks of ephemeral confidences is prevailing over one of permanent certainties.

An observation that seemed natural to him in music baffled him in the world of perfume but he was happy. In Brian Eno’s eyes this opened the door to an era of freedom, in which each individual could focus on establishing his or her own hierarchies depending on individual experiences, because there was no prevailing axiological language to appeal to the classification of values. So rather than expecting perfumery to take its place in some nice rational world, we could expect all the other fields of the senses to be empowered by the primitive and untranslatable sense of smell.

Nota Bene: Brian Eno is best known for his pioneering work; a ground breaker inspired by John Cage and Terry Riley. He is a musician, composer, producer, professor and intellectual. He introduced unique recording techniques and conceptual approaches to the field of pop, along with strange phonic fields, and dipped his toes in ambient music, cinema, advertising and even created the first jingle for Windows 95. An original member of the band Roxy Music, he also collaborated with David Bowie (including « Heroes »). His work with Talking Heads and U2 brought him firmly to the attention of the general public.