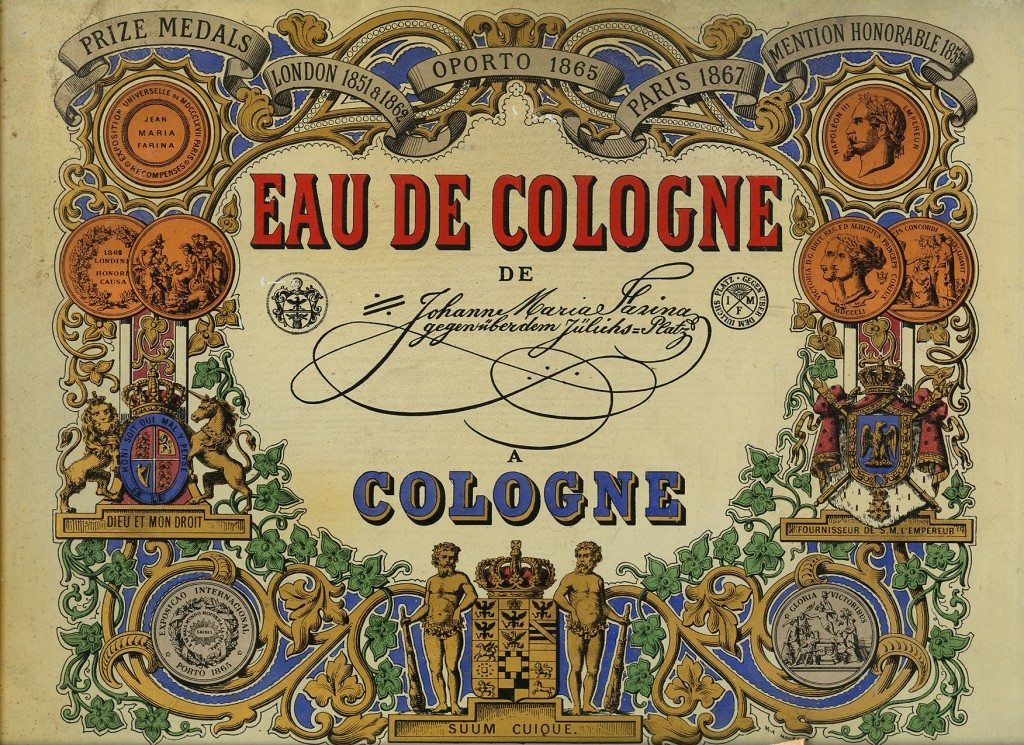 The original ingredients of the genuine Eau de Cologne remain shrouded in secrecy. For centuries its unique formula has been kept highly confidential, strongly coveted and extensively imitated.

But the name Eau de Cologne is familiar and known throughout the world enjoying an unfailing popularity since its creation from monarchs to today, the average individual.

Eau de Cologne as we know it today appeared in 1695 – aqua mirabilis (miraculous water). Its creation by Giovanni Paolo Feminis, a Milanese who may have started with Aqua di Regina produced by the Santa Novella nuns in Florence but it was his nephew Jean-Antoine Farina, an apothecary in the German city of Cologne, who made it extremely famous after he inherited its secret recipe. His grand-son Jean-Marie Farina carried on the family business. There was a great deal of imitating, not to count the many Farina pretenders. Later came Eau de Cologne Originale also made in Cologne which was also successful although a lot less then Farina’s Eau de Cologne that was very popular with the last kings of France, before Napoleon got smitten, excessively as one would expect, using up to 60 bottles a month.

Today, the “Cologne” are playing with the proportions of its basic ingredients. Each of them tend to have their own distinct fragrance but all keep the refreshing and bracing qualities of the original formula which is still kept secret. Such an extraordinary success throughout the ages, geographically, culturally and through the social classes, gives Eau de Cologne a universal dimension. diptyque perpetuates that tradition with its collection Les Eaux.