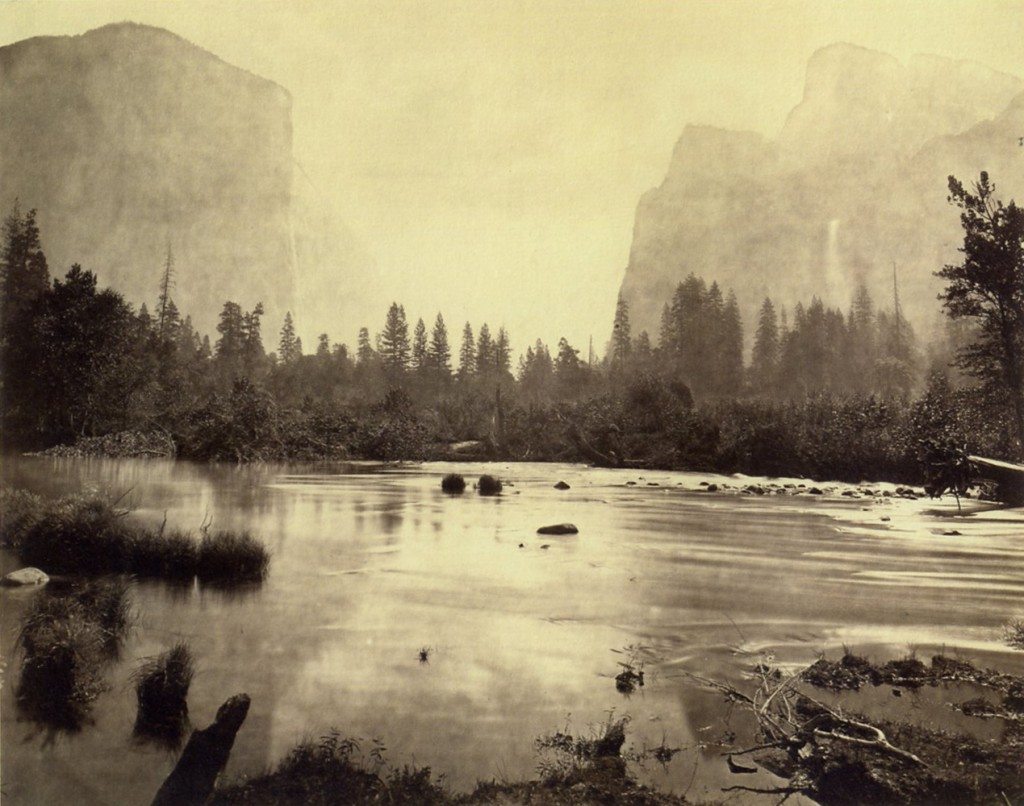 From delicately remolded and enchanting scenery to a spectacular, old and wild landscape, the recent publication about Terri Weifenbach’s work is in contrast with the photography of Eadweard Muybridge.

His work is influential. The man was extravagant, his life unbelievable. For such an impossible character everything seemed possible. His was devoted to photography and belonged to a handful of bigger than life figures from the 19th century – burly with a big beard, inexhaustible, daredevilish, and a particularly ingenious inventor. “This man is insane. A genius, but completely insane” said Thomas Edison about him.

He may have been the first to photograph the vast and the wild – his photographs of Yosemite Park are legendary. Their stunning beauty is entirely due to his bravery climbing dangerous slopes with his photography equipment on his back, his assistants refusing, sometimes leaning over sheer cliff walls, Muybridge shot fantastic views. At the time outdoor photography would often overexpose the sky and the clouds so he created a filter for the upper-part of his lens and if that wasn’t enough, he would also take separate pictures of the sky which he would substitute for the overexposed part when doing the final printing of the photograph – and all of this before 1870! He really was ahead of his time. His pictures of natural spaces were so outstanding that the American government sent him to take photos of a region that had just been bought from Russia (Alaska) so as to justify this acquisition of land to a skeptical public.

A few years later after many attempts, arguments and technical improvements from 1872 to 1878, Muybridge created a precedent with a huge significance which is difficult to imagine today – the photo of a movement with the still image of a rapidly moving creature. By taking a series of snapshots, taken sequentially and assembled in one roll, the gallop of a horse could finally be broken down to separate sequences. It confirmed the theory of French Etienne-Jules Marey and had an impact globally. Muybridge’s panoramas of nature and of San Francisco had already travelled across the world. His name became famous and he worked on enhancing his photographic system to produce his greatest work – that of photographing the movements of living creatures – a dog, cat, bird, camel, lion, panther, kangaroo, elephant and human beings releasing Animal Locomotion in 1877.

The painting Le nu Descendant un Escalier by Marcel Duchamp makers reference to the works of Eadweard Muybridge. The Futurists, Dadaists, Constructivists, up until Francis Bacon created work inspired by his photographs and Philip Glass dedicated to him a sort of an opera: The Photographer. 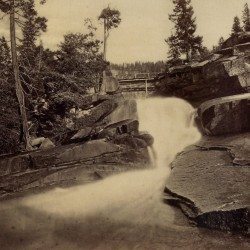 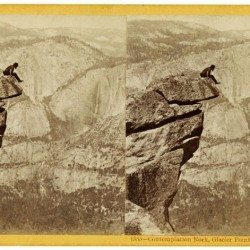 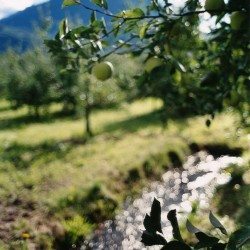