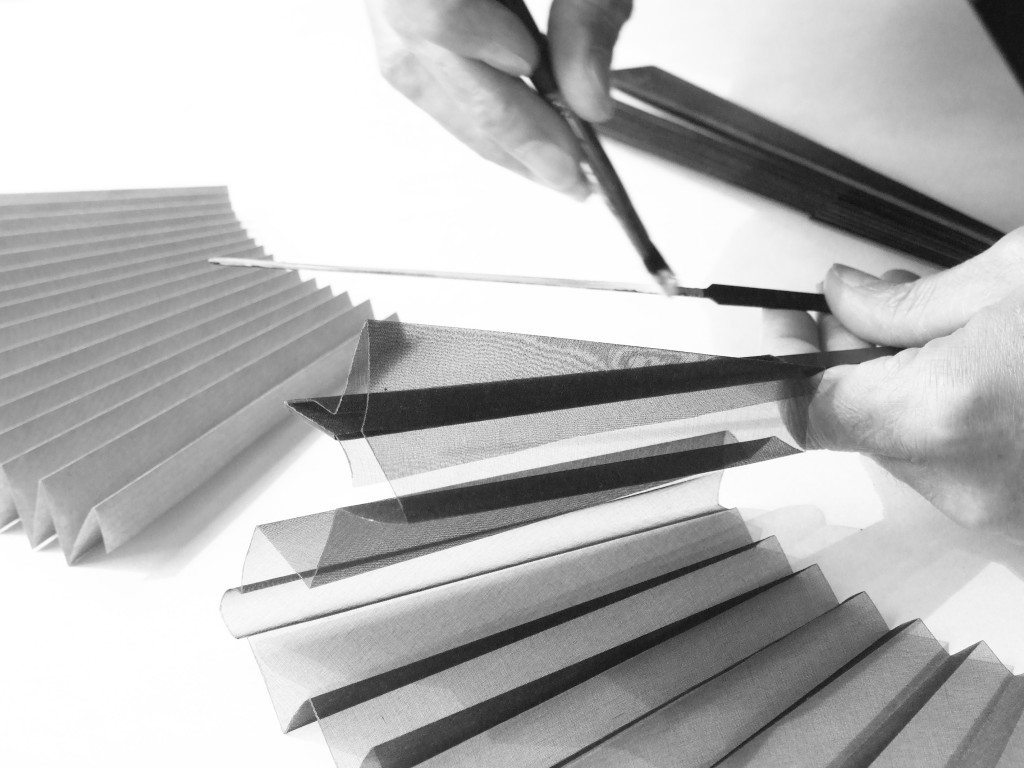 Duvelleroy is an institution. The oldest fan-making specialists in France and heirs to a long tradition in the field, the company was recognised by the French nation as a Living Heritage company. By giving their fans a modern twist, the House is ensuring ancestral know-how has a future…

The French art of fan-making kicked off during the XVIIth century and blossomed into the next. The French Fan-making Guild had 253 master fan-makers in 1782. By 1827 (and a Revolution, Empire and Restoration later) there were only 27 master fan-makers left, and even they were finding business difficult with only a customer base from an ancient aristocracy who favoured ‘vintage’ fashion: the great winds of Historical Freedom having done away with the slight breeze of freedom provided by fans. Nevertheless, it was in that year that Jean-Pierre Duvelleroy founded the fan-making House that was set to become the most prestigious one of all: award winners abroad with their fans fluttering at royal European courts as well as in the hands of Queen Victoria herself. The House was the exclusive supplier to the City of Paris, and honoured the contribution of renowned painters who illustrated the fans’ pleated folds (artists included Delacroix and Ingres for one-offs…)

Having managed to overcome some obstacles during the XXth century, due mainly to savoir-faire in the field of leather goods but without sacrificing its initial art and heritage in the process, Maison Duvelleroy was reborn with a modern twist in 2010. This was primarily down to the fashion momentum generated by Raphaëlle de Panafieu and Eloïse Gilles.

The founder, his sons and grandson and the faithful craftsmen of the House transmitted their savoir-faire in a continuous fashion until 1945, when student and heiress of the last Duvelleroy responsible for running the House, Madeleine Boisset, died as a result of her involvement in Resistance activities. However, the thread was never totally broken because today’s owner Michel Magnan, the son of the person who took over the company from Georges Duvelleroy in 1940 had known Mrs Boisset as a child and had carefully kept the invaluable assets of Duvelleroy safe and sound: fan templates, patterns and methods, manufacturing tools, folding moulds, mounting details, rare materials and the House’s historical furnishings, all things that live on in this island of global shockwaves that Paris represents in fashion, where skills are given new life in the heart of a network of collaboration between master craftspeople and the great Houses. To date there are only 3 master fan-making specialists and Duvelleroy is the oldest of them all – and for the past few years – the most contemporary of the lot.

Nowadays Duvelleroy provides fans that have been designed and constructed in line with the highest French fan-making tradition. In order to make these high couture fans, the company calls upon a comprehensive body of rare craft trades including  sculptors, engravers, embroiderers, textile finishers and folding specialists… Each fan is finally mounted by hand by a fan-maker who was a student of the last French master of the art. Custom orders are available.

diptyque has always enjoyed providing a range of beautifully crafted objects for sale in our diptyque boutique. This is how Duvelleroy came to be linked to our company for the time of an unique fan, also as an echo to the languid women strolling in the bay of Do Son at the time of the Belle Epoque, where Yves Coueslant spent his childhood. 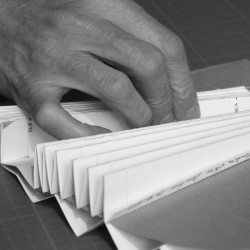 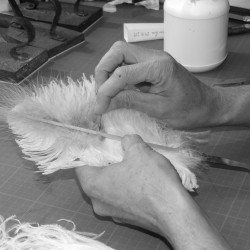 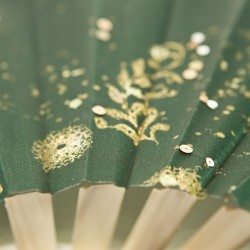 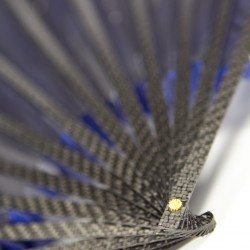