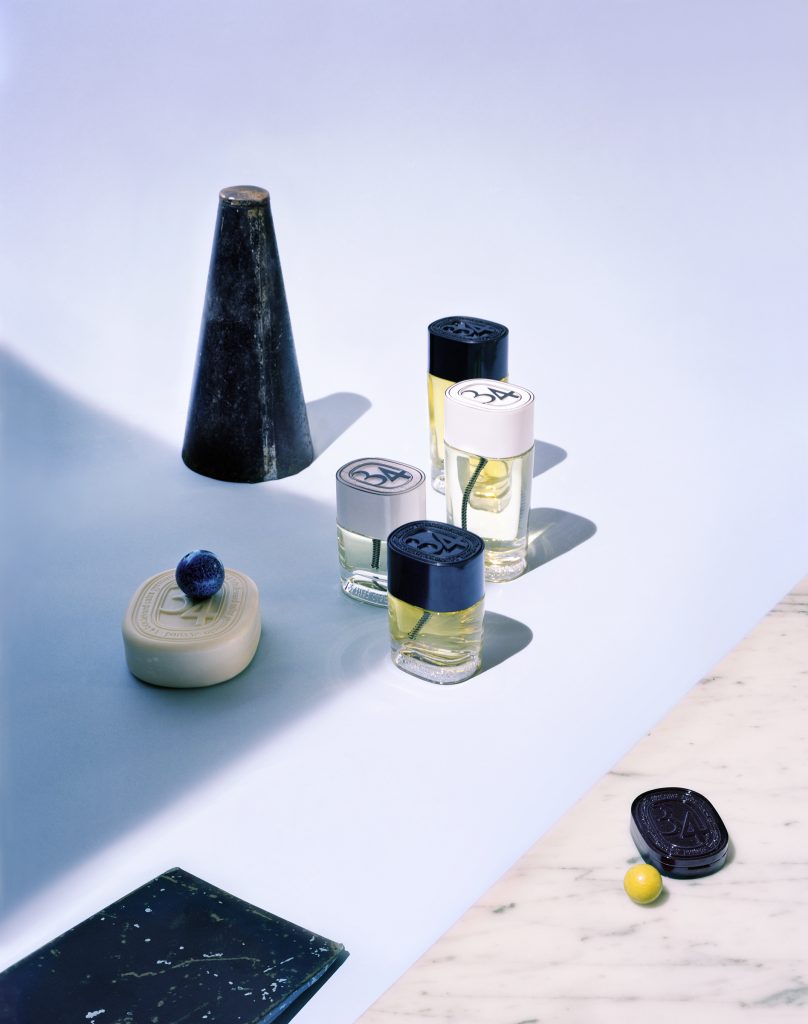 diptyque was founded by three friends who created art, loved art and who had « artistic souls ». It was not long before perfume became the house vocation. Their love of the traditions of perfume along with their artistic spirit led diptyque to investigate new olfactory paths and to innovate…

By initially experimenting in the workshop at the back of the shop at 34 boulevard Saint Germain, then by collaborating with perfumers who understood the house and embraced its original spirit of experimentation and olfactory exploration, diptyque has been creating and launching new fragrances since 1963, the year the first three candles hit the shelves. L’Eau,  ditpyque’s first eau de toilette, followed them five years later in 1968. Then as time went on over thirty perfumes appeared…

Some innovations are notable and deserve to be remembered.
The olfactive synthesis of fig and apple for example was the work of the House in the candle Figuier and then in the eau de toilette Florabellio – fortunately and rather stunningly associated with coffee, an original and innovative touch. These associations, now commonplace today, were created for the very first time in the history of Maison diptyque perfumery.
Concretes, or solid perfumes, are a contemporary update of a tradition that is lost in millennia. A great house early on in the century filed a patent for these. But making them popular in our times by using beeswax is all down to the House.
Un Air de diptyque, a silent electric diffuser with rechargable capsules was a technical innovation that diptyque patented. If Sablier diptyque (diptyque hourglass) does not have a patent it nevertheless remains a new and ingenious way of scenting a space using a cold diffusion technique with a wick that diffuses scent like an hourglass to count time in slow drops rather than seconds evaporating in our frenetic times.
The most daring and technological innovation was certainly the encapsulation of floating perfume by diptyque boutique. It was the work of perfumer Olivier Pescheux and chemist Roman Kaiser, using the « head space » technique that he had revolutionised which meant going off and sourcing unusual scents from rare, endangered and often inaccessible species of flowers. It took months to collect the various fragrances floating about in the air at 34 boulevard Saint Germain and years thereafter to create the fragrance of the same name that has been so beloved ever since.

And it is in this sense, the delight of remaining faithful to the original intelligence of the three founders of the House, that diptyque is an innovative perfumer, as originality of ideas requires the ingenuity of cutting-edge technological advances. This is implicit in the motto and rallying call of diptyque: « perfumer and artist ».

« For diptyque, perfume is art and art is a journey.
An imaginary journey of the senses and the spirit across olfactory landscapes off the beaten track in search of rare raw materials and unexpected accords. A journey between the past and the future, tradition and the avant-garde, towards an ‘elsewhere’ steeped in history as well as new ideas and ruptures.
Because diptyque is always between two worlds, between dream and reality, free from the boundaries between genres and cultures, committed to encouraging the meeting of people and the melting pot from which it draws its inspiration.
The creator of essences and images, the eye, hand and nose united in the same desire to continue reinventing the stunning world of high perfumery. »