Constellations are the graffiti that dot the celestial vault that we gaze at from earth. The shapes drawn by these affabulated traces have come about by linking the stars together in animal shapes and objects with a splattering of heroes and trades, but as yet no women…

These constellations create a symbolic tiling of the night skies. It groups the stars into zones, as indicated by the Latin etymology (‘com’, together, ‘stella’, star). Within each grouping an illustration shines out, with the brightest stars acting as points from which you can recognise and identify the name of a constellation. Hence the constellation groups together all the stars that are within the perimeters more or less delimited by the illustration. The visual vicinity of the stars is only an illusion as the stars can sometimes be as far away from each other and of different ages. They are just lined up together enough for the observer looking at their distant and enigmatic light to perceive them as being in the same line.

The projection of signs on the great big blackboard of the universe sprinkled with stars is as old as humanity itself, if not the world. In Armenia, the figures of the Swan (Cygnus), Bull and Lion match configurations of stars on slabs dating back to the 4th millennium BC. At the same time, Mesopotamian civilisation had most certainly identified constellations, an occupation soon to be taken up by the Greeks.

According to tradition, the Greek poet Aratos de Soles was the first, back in the 3rd century BC, to have thought of catasterism (from the word aster in Greek meaning star) which denotes the transformation of a soul into a star or constellation after death. He was the first to attribute names drawn from legends to constellations. Five centuries later, Greek astronomer Ptolemy, who worked in Egypt, took up Hipparchus’ heritage (2nd century BC) – the logging of over a thousand stars – and grouped them into 48 constellations. Apart from one of them, which has since been subdivided further, they still form part of the 88 official constellations. Great Persian and Arab astronomers expanded on this knowledge and transmitted it to the West, notably via Al Sufi who mapped them so magnificently at the tail end of the first millennium.

But only the constellations in the northern hemisphere have been mapped. Astronomers were observing the skies from latitudes north of the equator.

The constellations identified at a later date would be mapped in the southern hemisphere. This is largely down to the observations of navigators Pieter Dirkszoon Keyser and Frederick de Houtman who were busy mapping the stars at the end of the XVIth century. The essentials were provided by astronomers Bayer, Hevelius and Jakob Bartsch in the XVIIth century, followed by Nicolas-Louis de Lacaille who completed the celestial map. The latter is the person to whom we owe the more down-to-earth names such as the Chisel, the Table, the Ruler and the Pneumatic Machine. The era delimited the horizons of its designations. The skies became a celestial flea-market of constellations; despite that there was still plenty to be observed.

Naturally, the tags for the constellations ended up overlapping, despite the expanse of space up there. In 1922, the International Astronomical Union met to put everything in order. For starters they adopted the 88 official constellations then, thanks to work by Belgian astronomer Eugene Joseph Delporte, they were organised in meridian and parallel arcs with coordinates ascending from the right and declinations (evolving due to the precession of the equinoxes). These demarcations and fixed names made it possible to attribute each known star to a single constellation, with the most brilliant stars amongst them outlining the shape that would be the reference point. Some stars, like the Star of Sirrah, had one foot stuck in Pegasus and the other in Andromeda. The joke had gone on too long. Some stars, clearly perceived from down below, had not been around for long but the light emanating from them was still reaching earth long after they had given up the ghost.

The constellations of stars diverge from the zodiacal constellations that take into account the planets in the solar system. Nevertheless, their objective is no less remote: they enable mankind to measure the immeasurable, to project humanity into the cosmos, to make finitude correspond to the infinite, to inhabit the universe with an understanding of the interrelating connections that unite all essential parts to the Whole, initially via all the dreams and legends that abound there. By doing so, these constellations have also helped many salors over the years to avoid drowning and return safely home to port. 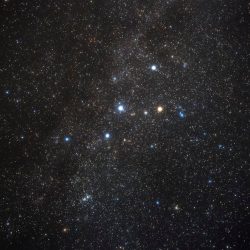 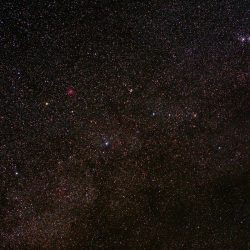