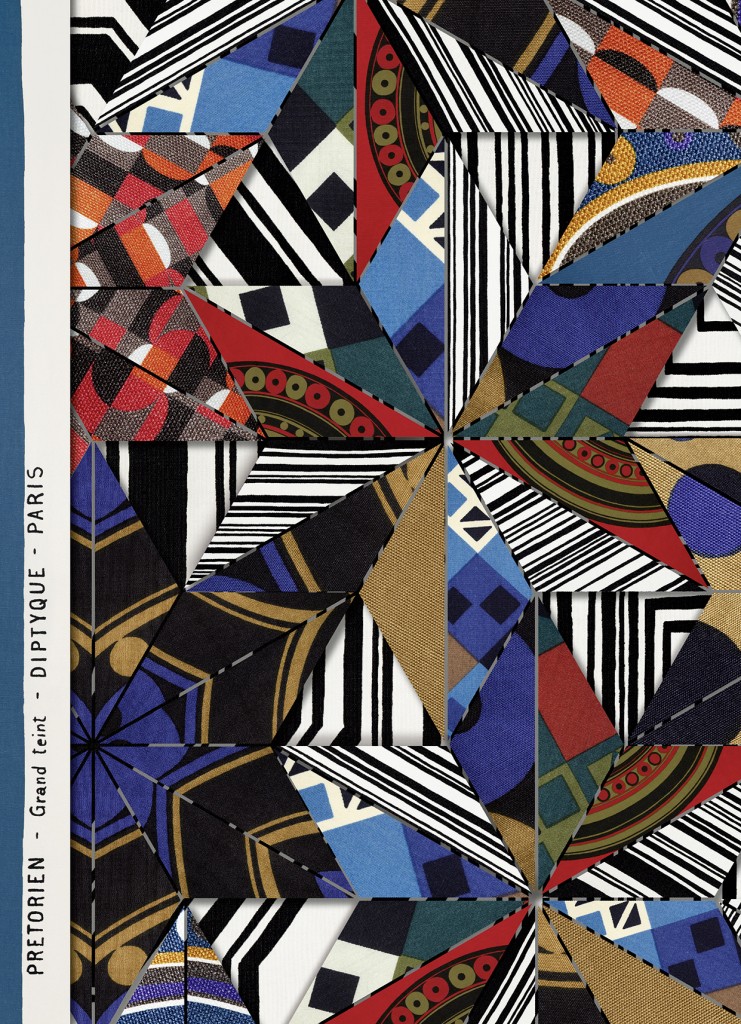 La Collection 34 reveals its magical assortment of endearingly beautiful objects. An exclusive series of perfumes, candles, candle holders and textiles. A bazaar of meticulously made items that share the spirit of the House.

This third edition of Collection 34 conveys the story of diptyque’s origins and the company’s long-standing collaborations with dedicated craftsmen and women who believe that care, time and unity outweigh dispersion, speed and volume. These items are exclusive and limited.
So how did diptyque come about? It was all down to three friends with proven artistic talent who were passionate about global craftsmanship. They dreamt up the shop of their dreams; one unlike any other. It would sell both textiles that they designed and had made up by selected artisans and exotic objects that they had collected during their travels, during which they formed friendships with traditional craftspeople. This was a bazaar by aesthetes that quickly became a chic place to shop.The back of the shops turns into a workshop of fragrances where pot-pourris are prepared and so are concocted dreamed up mixtures of scented planted which will soon perfume the first candles. Sometime later, diptyque created its own eau de toilette, followed by plenty of other perfumes. This instinct driven progress was the secret to their success.
Following several decades of adventurous and uncertain business activity, this group of inspired friends would face another era and a new economic context. By then, diptyque, with dozens of boutiques in several continents, kept the desire to add a sincere new twist to the company’s spirit. This spirit is the cornerstone of the brand’s personality. Collection 34 is today’s diptyque bazaar, loyal to this spirit, dedicated to individuals and trades, a joyful, industrious, colourful, ever chic bazaar, the usefulness of which is measured by the pleasure given in the moment.

For the first time since the Sixties, diptyque is bringing its fabrics back to life! The motifs have remained but not the textiles themselves. The Pretorien, Paladin and Legende, with the original designs created by Christiane Gautrot and Desmond Knox-Leet (two of the three founding friends, the other being Yves Coueslant) have been revived in the form of bags, make-up bags and cushions.
Essences Insensées  reappeared with the blossoming of the May rose last year, as always within the tradition of the mille-fleurs of Grasse, and a new perfume was born, called Kimonanthe… These fragrances were created by Fabrice Pellegrin, a loyal diptyque partner. The perfume bottles are made by Waltersperger, the semi-automatic glassmakers in France, and the resin stopper for Kimonanthe takes up the notion and texture of pearl necklaces made by Christiane Gautrot that were sold in the diptyque store in former times.
The candle called Madeleine would have its own story to tell. The porcelain pot reveals a collaboration with NG Oficina de Porcelenas, who had already conceived the earthenware candle holder that features in a previous edition of Collection 34, Paysages. Candle holders also have a role to play such as one with mirrored malachite accents by Massimo Borgna, an Italian craftsman who invented a glass oxidisation process. Vincent Breed, a master glass craftsman, worked on a crackled glass candle holder, which was blown and heated for the random flickering of the light of a flame. There are also some origami candle holders designed by Laurent Nogues (his business Créanog specialises in embossing and hot stamping techniques) as well as a deliberately childlike carousel of silhouetted birds.

So there you have it, an overview of this Collection 34, available this autumn 2016: small quantities of a variety of items crafted by a master artisan and always an echo, be it near or far, of diptyque’s living past. Not by chance of course, but a bazaar to end all bazaars!