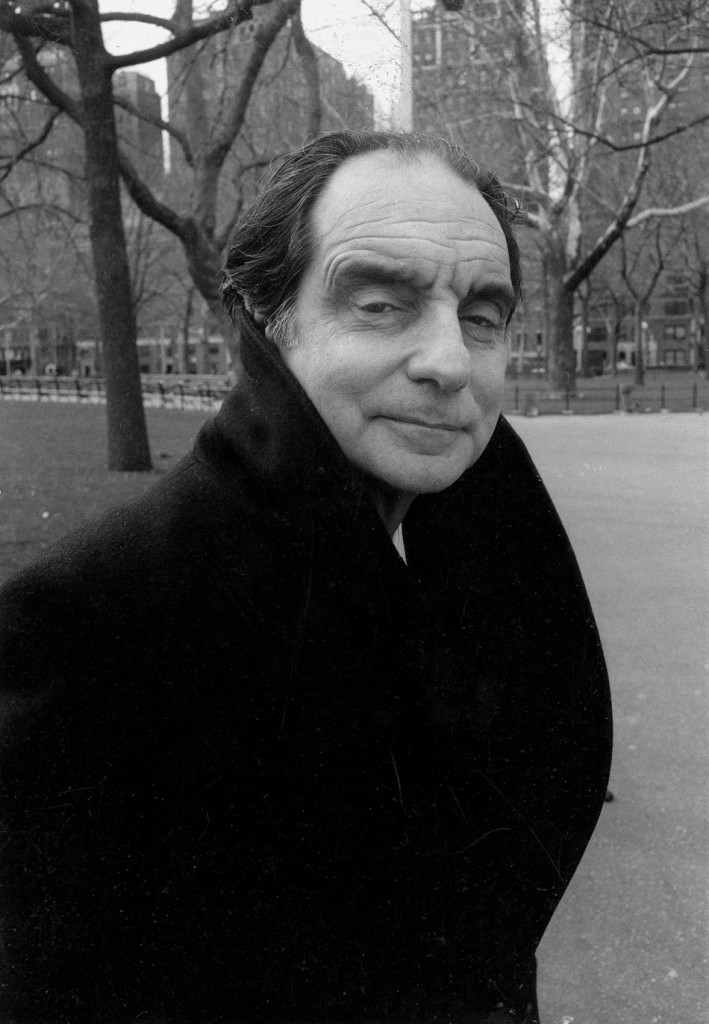 Italo Calvino (1923-1985) plays games with his readers. In his world we come across characters who are broken (The Cloven Viscount), are detached (The Baron in the Trees) or empty (The Non-existent Knight) in a stroll through the famous Middle Ages and a supernatural XVIIIth century. Seduced by the Oulipo group, he became a member and added the notion of constraint to his creative imagination. These challenges gave rise to The Castle of Crossed Destinies, with a narrative based on tarot card readings, and If on a winter’s night a traveller, a playful puzzle of a novel that toys with narratives that are also a bit of a mystery.

Calvino planned to write five tales, each dedicated to one of the senses. Hearing, touch, sight, smell and taste are the heroes of this collection and he pretends to distinguish between them in order to lead us into a labyrinth. « The Name, the nose » kicks off the dance. Here we are in a perfume shop looking for the fragrance of a woman encountered at a masked ball. The sense of urgency is pressing, the transience of the scent a threat: how can you find something you cannot name and that is about to evaporate at any moment? We find ourselves in the midst of memories and scents, lost with the nose our only guide. « Under the Jaguar Sun », the game is concealed; we are whisked off to the heart of Mexican food, the focus of the sensuality and the reconnection of a couple. The lovers swallow the whole country as they taste the food. Finally, in « A King listens », we are in a throne room with a monarch who is constrained to stay there because he is scared of losing his crown. From his palace he can only hear sounds that are either familiar or threatening to him.

As starting points and pretexts, the senses provide the opportunity to toy with synaesthesia and chuck our bearings in the air.  Surrounded by fragrances, it’s the sound of a concert that springs to mind. When surrounded by tastes, it is sight and sound that is conveyed by the interplay of italics and the exotic sounds of the dishes, in the midst of noisy tourists and « sound and colour ». The King however, « listens to the sound of time passing by »; he tries to reconstruct images and gropes his way in the darkness.

But what is touch and sight exactly? Unfortunately Calvino’s early departure from this world left us with the task of formulating the answer ourselves or rediscovering them on our own.

Italo Calvino, Under the Jaguar Sun, 1988