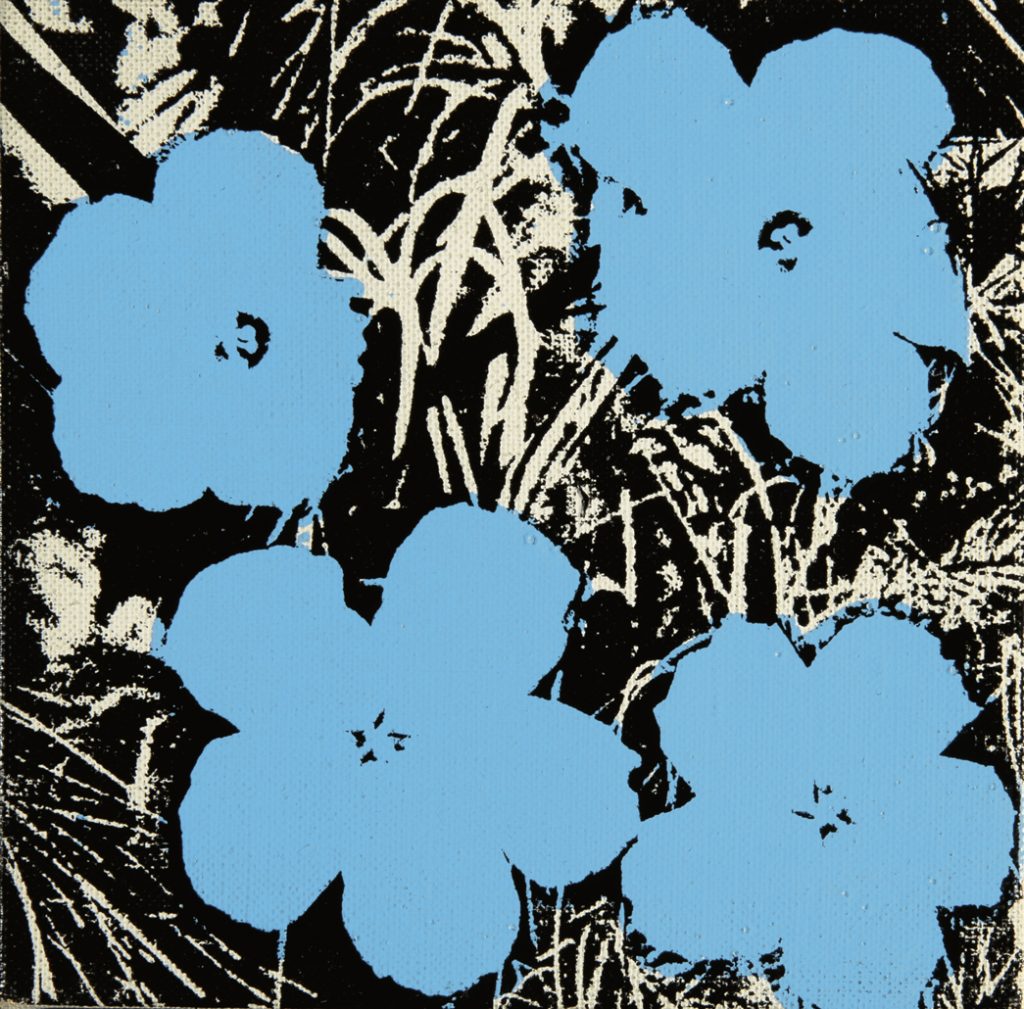 If the usual French phrase « blue flower » denotes a kind of joyful romanticism when feelings led to dancing, the blue flower « Die blaue Blume » of the poet Novalis (1772-1801) was a metaphor for « magical idealism » where reality and dreams came together to weave the fabric of a higher consciousness.

This blue flower is none the less the face of love and for Novalis that of his young and beloved Sophie who was taken by the reaper at a young age and whom he had loved so briefly. The love he felt for her beyond his loss opened the door to an even greater love. The face of his beloved became the gateway to all the marvels of Creation. What can be seen is already the mysterious aspects of a supernatural reality for those who can perceive it poetically: « I made an interesting discovery about religion in the visible world » (letter to Friedrich Schlegel). Poetry is elevated to mysticism.     The blue flower appeared in a dream to Heinrich von Ofterdingen, the poet’s troubadour hero and gave its name to his only, and unfinished, novel.

« In a state of ecstatic intoxication, yet conscious of the slightest feeling, he let himself be carried away by the luminous torrent that left the pool and was swallowed up by rock. A kind of gentle drowsiness overcame him and he dreamed of incredible adventures. He was drawn to a new vision. He found himself lying on a soft lawn, close to a bubbling stream that seems to dissipate in the air. Dark blue rocks, streaked with veins of every colour, could be seen some distance away, the daylight that surrounded him seemed more limpid and soft than normal daylight; the sky was dark and absolutely pure azure blue. But what drew him in with its irresistible charm was a slender, ethereal blue flower with large, bright petals at the edge of the pond. It was surrounded by innumerable flowers of all shades, filling the air with their sweet scent.  But he only saw the Blue Flower and he gazed at it with indescribable tenderness. He was about to approach the flower when it suddenly flinched and changed appearance; the leaves became brighter and pressed against the stem, which grew longer; the flower leaned towards him and its petals formed a blue ruff within which a delicate face hovered. His sweet wonder grew as this strange transformation took place […] » (Heinrich von Ofterdingen, Novalis – translated by Marcel Camus)