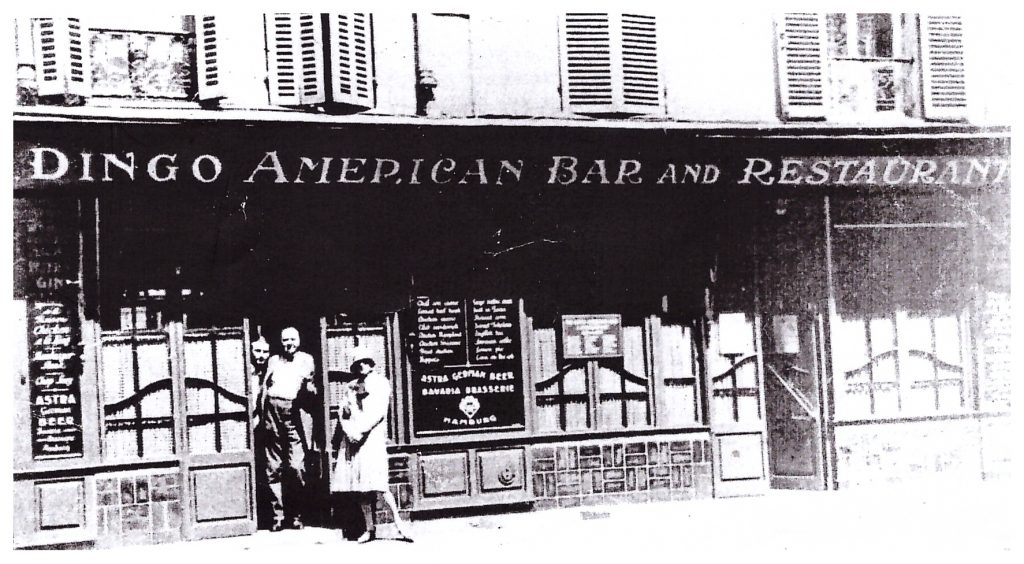 Once upon a time there was a city called Paris and it was American, despite having been located on French soil for eons. She still exists, kind of – with a little imagination, if we think back to the early XXth century and the arrival in 1903 of a young orphaned heiress from Pennsylvania called Gertrude Stein and her brother Leo at Rue de Fleurus in the capital. Together they would go on to amass an incredible art collection – including paintings by Matisse, Picasso and Juan Gris, to name but a few. Gertrude also started to write. Twenty years later she would regularly meet up with a young unknown called Ernest Hemingway who was living with his wife and child in Rue du Cardinal-Lemoine at the time and writing in a little rented room in Rue Mouffetard. Hemingway regularly got together with the poet Ezra Pound who was living in Rue Notre-Dame-des-Champs and F. Scott Fitzgerald who was living at 14, Rue de Tilsitt with his famous wife Zelda and their little girl before shooting off to the Côte d’Azur to finish off his novel, The Great Gatsby.  A small literary group was drawn to two venues: Gertrude’s literary salon and an American bookstore called Shakespeare and Company, located at 12, Rue de l’Odéon, run by the amazing Sylvia Beach who was the first to publish James Joyce’s Ulysses in 1922. The Lost Generation did not monopolise exile status in Paris: William Faulkner was there too in 1925 – living in a hotel, not visiting any of his fellow Americans, preferring instead to sit on a bench in Luxembourg Gardens or attend mass at Saint-Sulpice. Henry Miller, however, visited Paris for the first time in 1929 and returned to live there the following year – he regularly went to The Wepler and slept in various places before meeting his lover Anaïs Nin, whom he took under his financial wing. It was for her that he left Clichy for the very modern apartment at Villa Seurat which boasted a bathroom and central heating – real luxury at the time. These writers would turn Paris into a kind of literary motherland that would become a magnet for a new generation of writers at the end of WW2 hoping to complete their education in the footsteps of their elders. James Baldwin came to Paris in 1948 at the age of twenty-four with 40 dollars jangling in his pocket and wrote his first novel at Café de Flore. That same year Richard Wright was flitting between Paris and Normandy. James Jones lived in Paris for 16 years in his apartment at Ile de la Cité before returning home to Sagaponack, Long Island. We give  Ernest Hemingway the final word. In Paris est une fête (Paris is a Moveable Feast) Hemingway wrote: « There is never any ending to Paris and the memory of each person who has lived in it differs from that of any other. »