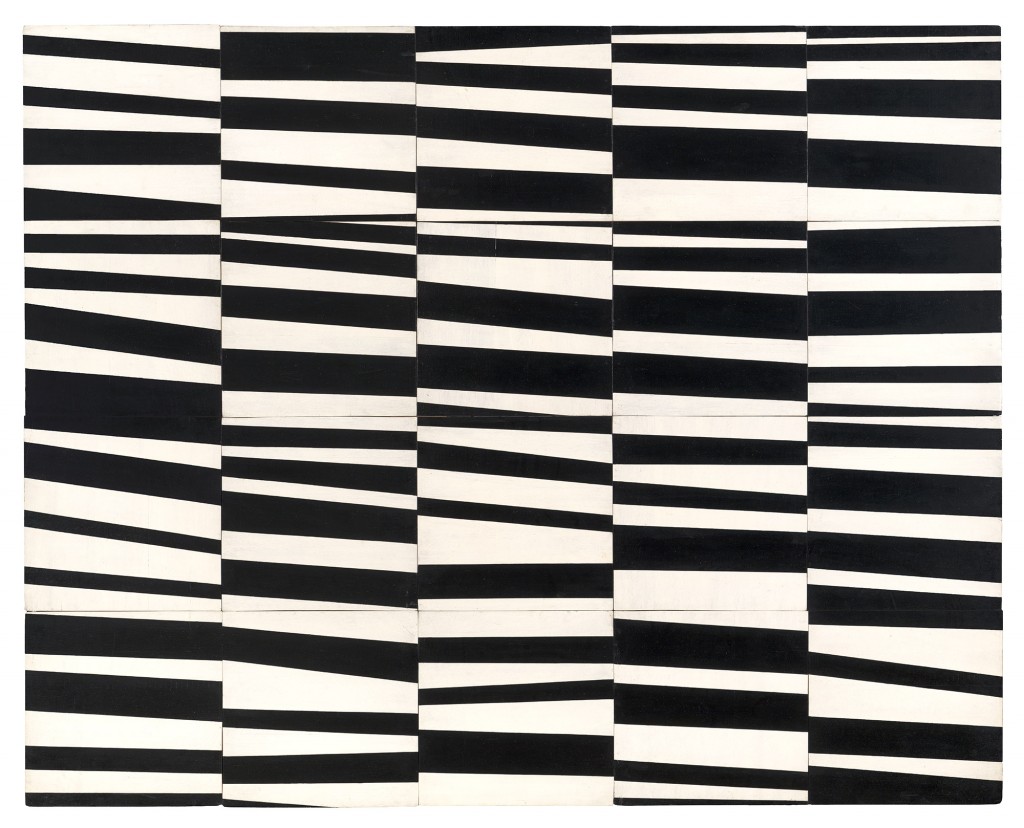 This painting is featured in the Icônes Américaines, Chefs-d’œuvre du SFMOMA et de la Collection Fisher au Grand Palais exhibition (American Icons, masterworks from SFMOMA and the Fisher collection at the Grand Palais) which diptyque is proud to be supporting.

Ellsworth Kelly is a painter and a sculptor who started his artistic life after the second World War. Through his art Kelly strove to liven pictorial dynamics between lines, volumes, colors and forms – between a painting and the surrounding space, between a piece of art and its architectural frame, between art and audience. For Kelly any work of art ought to produce its own connection with people both physical and intuitive. The painting Cité dates back from the artist’s Parisian period when John Cage and Hans Arp suggested he use randomness in his work. This piece of art is experimenting this new approach – strong black and white brushstrokes on a wooden panel is used first which the artist then cuts into 20 square pieces before re-assembling them in random order. This process would enable an artist to unleash spontaneous and subconscious forces freed from the influences of self-reflection, aesthetical tastes, cultural and emotional. This comes out about eight years before William Burrough’s first cut-ups that his friend, painter Brion Gysin, invited him to experiment with. Ellsworth Kelly’s work is often related to several post-war artistic movements, such as minimalism, hard-edge painting, color tonality and pop art, all of which he influenced without ever being an official member of any of them.