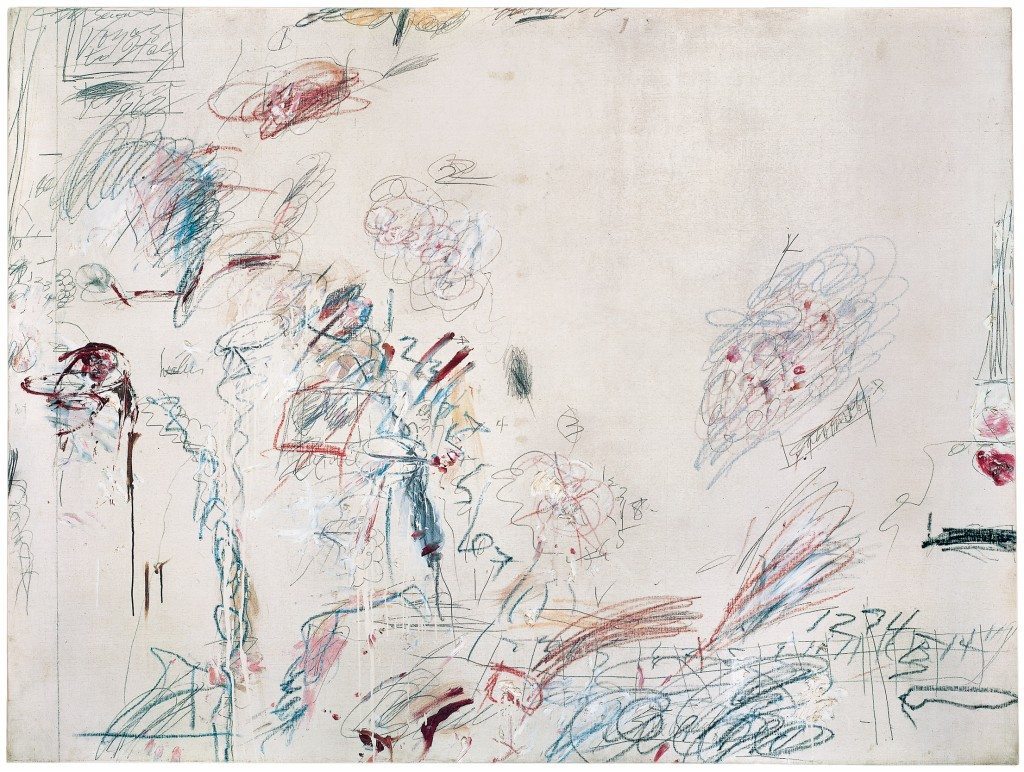 Cy Twombly tells us a story about man’s history as much as his owns trips and this drawing from 1962 is about his second journey to Italy. The most European of the American painters, he moves to Italy in 1957 where Italy’s ancient gods and heroes from literature live in his painting.

Scattered strokes, rapid and incisive touch – calligraphic gesture or children’s drawing? It’s no coincidence that the artwork he loves most is Jean Dubuffet’s Lili noir de fumée, created in 1946. Twombly cut its picture out from Life Magazine and kept it with him all his life as the French artist impressed him with his savagery and his intrusion into the dark passions of raw creation. Not a coincidence either as Twombly is passionate about the Surrealists’ drawing dictated by the unconscious mind.

Twombly travels through the lands of sensations where with the voyage the viewer can connect to the artist and to his creative skill.