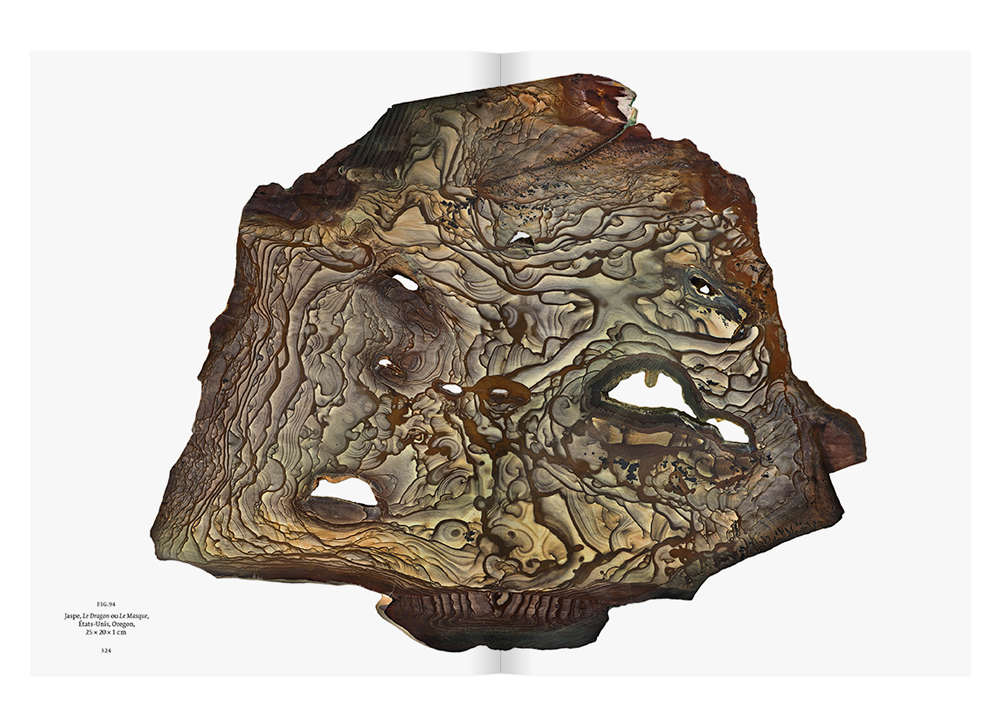 The colourful clarity of agate tells stories of images frozen in time. It harks back to a sidereal geological era well before mankind’s unrefined ancestor walked the earth and when agate was already speaking volumes about his landscapes, abstractions and dreams. These crystals enlighten the imagination about the work of the divine.

The approved segregation of knowledge means that scientific explanations and poetic divagations find themselves on opposing sides.  Science explains that agate crystals occur when gas cavities (vesicles) fill up in basalt lava, revealing the habitual fusion of sediments of frozen silica with chemical elements and a multitude of other colours found in nature during the course of « blind and mechanical happenstances. » (Roger Caillois). On the other hand, sublime aesthete and XIth century Chinese artist and poet Mi Fu ponders his piece of agate, and sees « Yen Chang » (an «inkwell mountain» containing dentrites – tree-like patterns), that he had obtained with some difficulty by exchanging a painting of great value, and he loses himself in a « mystical journey » in which « a dust particle offers up a world », a Taoist phrase nodding to spiritual ecstasy.

Between these two extremes lies the path of « diagonal science » investigated by Roger Caillois, simultaneously conceptual and perceptive; scholarly and intuitive. Because « there is a secret connection between the blind ways of inert matter and those of freedom and imagination. Both follow similar and increasingly tantalizing directions that rapidly become infinitely more sophisticated in nature. ». Didn’t Greek philosophers speculate about atoms well before they were actually discovered? Didn’t Dmitri Mendeleïev anticipate the elements in his periodic table before they actually found their place on it? Didn’t primitive magic institute concepts (substance, nature, forces) that would be taken up by the sciences? And so Caillois wrote about the famous piece of agate in the possession of King Pyrrhus of Epirus: « […] every fragile relationship conjectured and risked by poetry, that move, enlighten and enrich us, stems from the same bias of divination. It is so vast and primitive that even the most precise sciences stem from this point and run off it. » (Images, images…). The unbelievable revealed in a piece of agate doesn’t just provide futile aesthetic delight; it reveals the « multiple coherence » of the cosmicity of the Universe. Mineralogy, botany, anatomy, astronomy and genetics all reveal the structural relationships within the oblique passage of « diagonal science », illuminated by poetic imagination.
A cofounder, along with Georges Bataille and Michel Leiris, of the College of Sociology, Roger Caillois attended courses run by Marcel Mauss and believed in communal anthropological sources for both science and magic: the magical mind-set, the analogical challenge of the fantastical should be accompanied by positive sciences « by trying to extend the field of consciousness to integrate the supra-sensible world within it » (Roger Caillois, Myth and Man). This spiritual excursion reconciling empirical objectivity with imaginative subjectivity stems from an intuitive understanding of universal unity. Hence, in the Writing of Stones: « This sort of coincidence is not an illusion, it is a warning. It bears witness to the fact that the tissue of the universe is continuous and that in the vast labyrinth of the world there is no point where apparently incomparable paths, from antipodes much farther apart than those of geography may not intersect in some common stela, bearing the same symbols and commemorating unfathomable yet complementary pieties. » And, when it comes down to a mineral image, such as patterns in agate for example: « In those moments it seems to me I see why these images exert such a powerful fascination over the mind; I seem to detect the underlying reasons for the unwearying and irrational zeal that makes man give a meaning to all appearances devoid of it, to look for parallels everywhere and to create them where they do not already exist. I can see the origin of the irresistible attraction of metaphor and analogy, the explanation of our strange and permanent need to find similarities in things. I can scarcely refrain from suspecting some ancient, diffused magnetism, a call from the centre of things, a dim, almost lost memory, or perhaps a presentiment, pointless in so puny a being, of a universal syntax. »

But, the distance between propaedeutic imagination (element of knowledge prior to deeper study) and heuristic imagination (which leads to a discovery by proceeding from guiding hypotheses) and mythomaniac affabulation is only a stone’s throw, so to say. You only have to consider the famous agate stone owned by Pyrrhus, the King of Epirus who ruled in the early 3rd century BC and who is better known for a victory negated by the heavy toll incurred. His agate had patterns in which one could see a painting of the nine Muses each with their respective attributes as well as Apollo holding a harp. Since antiquity it has been sold and resold at astronomical prices. Three centuries later, Roman historian Pliny the Elder would describe it without people knowing for sure whether he had actually seen it himself. In the XVIIth century, orientalist Jacques Gaffarel, Cardinal de Richelieu’s librarian, praised its beauty just as if it were a painting, but he could only have envisioned it by reading about it and letting his imagination run riot. This stone has stirred up the imagination to such an extent that it ‘gathered extra moss’ (as the rolling stone proverb goes) – wasn’t there a rumour that this mythical stone sat in a box owned by a famous collector who refused to show it to anyone?

Image-bearing agate stones are unique: this is a quality that precious gems can feel envious of when it comes to these fine stones. All the cultures that came across them, from the most ancient such as the Sumerian, Egyptian, Babylonian and Chinese civilisations to those of today, have endowed them with medicinal, mystical and truly magical properties, including, ironically, invisibility. Each image-bearing agate offers a « lesson in serenity » as Caillois said. Naturally, « the patterns on agate or jasper are not in the stones themselves but within the imagination that puts them there » and the images in stones « do not proclaim any nobility or authenticated ancestry other than that of the vast and anonymous universe. » (The Writing of Stones)

«The vision the eye records is always impoverished and uncertain. Imagination fills it out with the treasures of memory and knowledge with all that is put at its disposal by experience, culture and history, not to mention what the imagination itself may, if necessary, invent or dream. So the imagination is never at a loss when it comes to making something rich and compelling out of a subject that might almost seem an absence of all life and significance. »

« A stone represents obvious achievement yet one arrived at without invention, skill or industry, or anything else that would make it a work in the human sense of the word, much less a work of art. The work comes later, as does art, but the far-off roots and hidden models of both lie in the obscure yet irresistible suggestions in nature. These are subtle and ambiguous signals, reminding us, through all sorts of filters and obstacles, that there must be a pre-existing general beauty vaster than that perceived by human intuition, a beauty in which man delights and which, in his turn, he is proud to create. Stones – as well as roots, shells and wings and every other cipher and construction in nature – help to give us an idea of the proportions and laws of that general beauty about which we can only conjecture. »

Quotes by Roger Caillois are from his book The Writing of Stones. 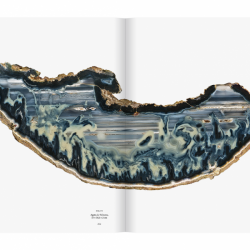 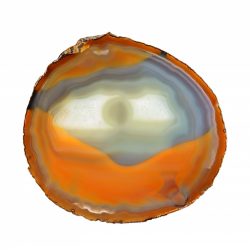 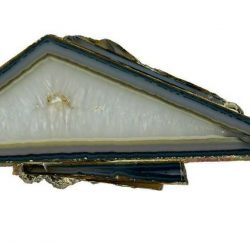 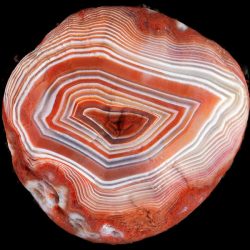 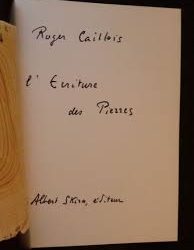